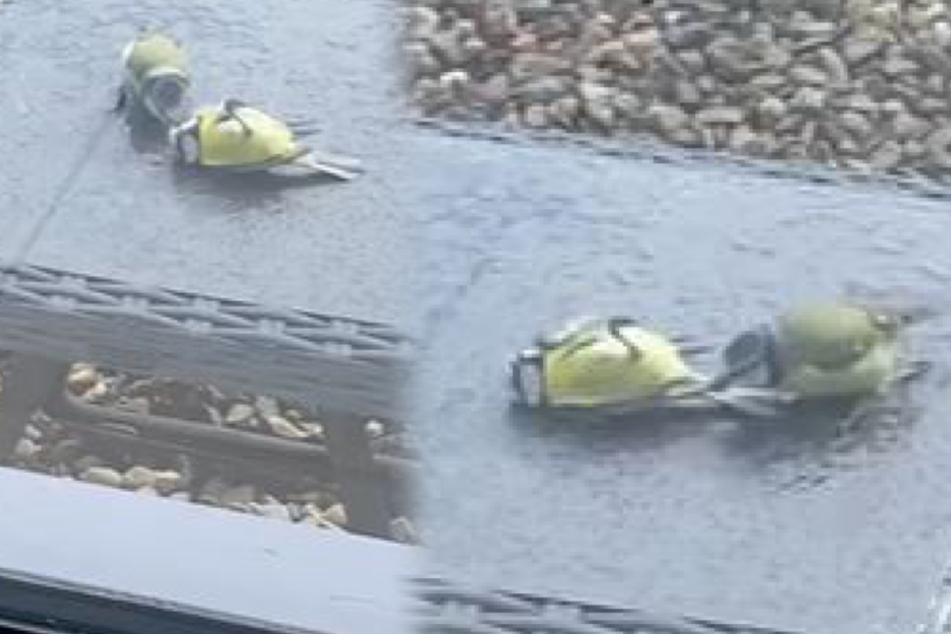 Bird tries to revive its injured friend in hear-rending scene

A blue tit lies lifelessly on a garden table when its mate approaches. Then a small miracle happens.

Limerick, Ireland - What a sad scene: in Limerick, Ireland, a blue tit collided with the living room window of Yvonne Clifford's house, and shortly afterwards a second one flew in, desperate helping to help out its friend.

Clifford posted the video of the incident on the public Facebook group Irish Bird Identification in October.

Thousands of followers have watched it since and all are  touched by the loving commitment of one small bird to its buddy.

In the video, the blue tit can be seen desperately plucking at its seemingly lifeless mate, jumping back and forth excitedly and nudging it again and again. But the other bird just doesn't respond – it seems to be too late.

But the blue tit is not giving up its rescue efforts.

It's almost like it would be inconceivable for it to fly away alone, so it keeps plucking away. And suddenly there is hope: the previously paralyzed bird begins to stir!

As if it had been resuscitated, the second blue tit comes back to life, stands up, and seems a little puzzled and too confused to just take off again.

But the feathered rescuer is not about to take no for an answer. It gives its pal another couple of bumps, as if to say: "Come on, you can pull this off!"

The dazed blue tit does indeed eventually come back to its senses and both fly away as if nothing had ever happened.

Clifford was excited about capturing this special moment and wrote on Facebook: "So this poor little bird hit our window over the weekend and what happened next just made our day. Isn’t nature simply amazing!"

Many followers agreed with her and were touched by the heartwarming interaction between the two animals. More than 4,200 people have liked video.

Clifford also received a simple piece of advice from the group: she can attach stickers to the window panel to prevent future collisions, which are unfortunately quite common.