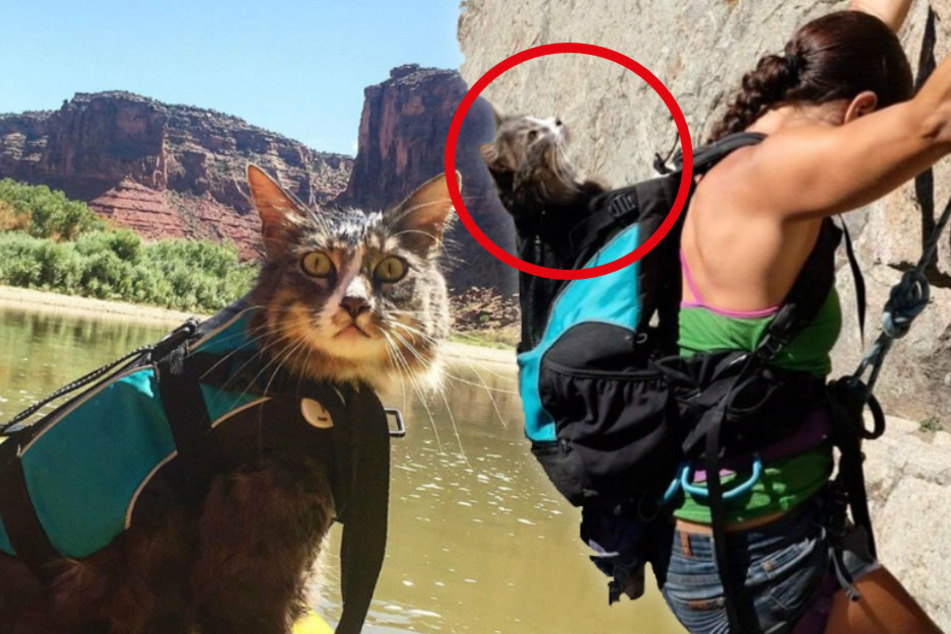 Adventure cat disappears and hundreds are joining the search
Nov 3, 2020 11:13 AM

Adventure cat disappears and hundreds are joining the search

A woman's four-legged hiking buddy ran away during a trip to Salt Lake City at the end of October. She is now desperately asking for help on the internet.

Salt Lake City, Utah - Denali is known as an adventurous tomcat, who has travelled far and wide with his owner Sandra Samman. But a trip to Salt Lake City went wrong and now Sandra is asking for help to find her four-legged hiking buddy.

Sandra is a huge travel enthusiast and she always brings her furry partner along for the ride. The adventure cat, as she calls Denali, often hangs out in a backpack or strolls along on a leash during on these capers.

Together, they climb rocks or scale mountains. The snapshots posted on the Instagram account denaligato inspire thousands of fans.

But on October 28, disaster struck: Denali ran off!

Sandra and her pet were just walking up a hill on the Mount Olympus trail outside of Salt Lake City, Utah, when two dogs who were off their leash attacked the cat. Although Sandra desperately tried to hold on Denali, the cat panicked and leaped out of her arms.

The two dogs chased him and returned later, with blood on their fur.

The owner of the dogs seemed indifferent and offered no support. Sandra spent hours desperately searching for her cat – without success. She feared that Denali might be injured, and every hour counted.

So she did the only thing she could and started a fundraising campaign on the GoFundMe platform. Sandra wants to hire pet detectives with scent dogs to search for Denali, but this is expensive and Sandra had been unemployed since the beginning of coronavirus pandemic.

Many people support Sandra in her desperate search

People were touched by Sandra's appeal and hundreds donated. Within a few days, more than $6000 had already been raised!

In addition, people came forward to help Sandra in her search, and together they combed the vast area on foot, even using a drone.

Denali's microchip indicated his approximate location, but unfortunately he has not been found yet. Sandra even camped on site for a few days, until she had to give up due to the cold.

She hasn't given up hope though and is keeping her hard-working helpers informed on her progress. The search continues.

Sandra posts Instagram updates on the search for Denali

Sandra adopted Denali about four years ago and wants to have "her baby back".