What's behind a cat's barbed penis: Here's why cats have penis spikes

It sounds bizarre, disturbing, and perhaps a little painful – so why do cat's have a barbed penis, and why did it evolve like this?

Any true cat connoisseur will know that their male cat's penis is equipped with spikes, but few know the reason for this bizarre evolutionary quirk. So why do cats have a barbed penis? Let's find out!

Cat wieners are rarely a topic of casual conversation, and that's probably for the best.

But that doesn't mean that it's not an interesting discussion to be had. Yes, cats do have barbed penises, and there's actually a good reason for it.

In other words, we're here to make it make sense!

In this cat guide, TAG24 will dive into the wild world of cat genitalia.

Why do cats have barbed penises, what do they look like, and what's behind this weird chunk of male cat anatomy?

Cats, and especially male cats, are loners with very little desire to reproduce. As a result, sexual activity is an act purely taken out of instinct and evolutionary necessity, to continue the species. Unlike humans, female cats don't naturally ovulate and, as a result, the male penis barbs have evolved.

Here's a fun fact: Did you know that our ancient ancestors (we're talkin' like six million years ago) apparently also had penis spikes! As humanity became increasingly monogamous, the reduced competitive pressure caused those spikes to regress.

They have the testicles, the epididymis, the prostate, the vas deferens, and the penis itself. The latter is generally only about 3/16 of an inch in size, but grows during sex. In other words, it's pretty much the same as in a human, but smaller.

The biggest difference, though, is that a cat's conically-shaped penis is matted with scale-like spikes. These penis barbs are outstandingly tiny, but also incredibly numerous – often at around 100 to 200 per penis. These scales become increasingly pronounced as the cat's penis becomes erect.

Why does a cat have a barbed penis?

The small spines on a male cat's penis are not present at the birth of the tomcat, but instead develop as the moggy grows, goes through puberty, and reaches sexual maturity. As male cats develop more of an instinctual desire to impregnate a female, these penis barbs serve multiple purposes.

How to help a cat in heat: Symptoms and home remedies 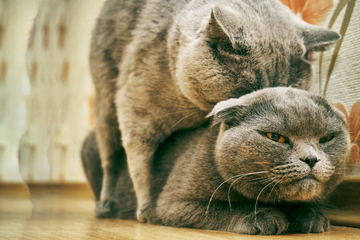 Why do cats put their butt in your face? Decoding that strange butt-bumping behavior 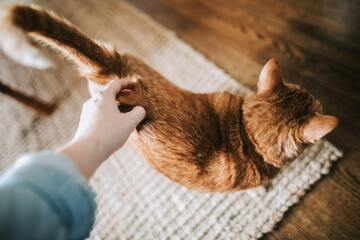 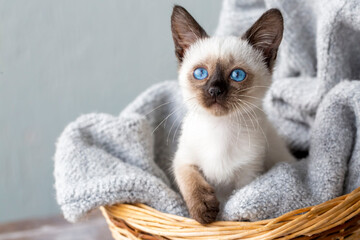 Why does my cat snore and is cat snoring normal? 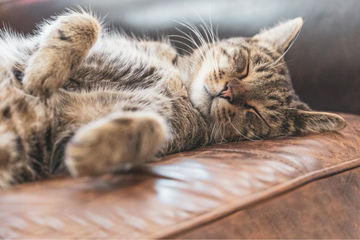 The small spines become rougher and more spiky during sex, serving as an anchor to hold the penis within the female's vagina. As a result, the penis does not slip out until the sexual act has been completely, and the female cat is more easily impregnated.

Important: Cats don't mate out of enjoyment, and as a result, a cat's penis barbs are purely functional and not meant for any kind of pleasure.

When cats have sex, the small spikes on the male's penis induce ovulation in the female. This is necessary as female cats do not have a regular ovulation cycle each month, like humans do. The stimulation produced by the cat's penis spikes trigger ovulation, and therefore these spikes are purely for cat reproduction.

Did you know? Female cat ovulation takes place within the 24 to 36 hours that follow their mating. During this time, there may be several bouts of sexual activity, often with different partners.

Does a cat's barbed penis cause pain?

Sadly, female cats will associate mating with considerable amounts of pain. Part of this pain comes from the fact that the male will often be quite rough during sex and hold the female down with a lot of pressure.

Additionally, the erect barbs on a cat's penis produce significant pain during sexual activity. This is part of the reason why male cats have to hold down the female, because the pain is so intense that you'll notice a "mating cry" call out from the female during sex.

Cat wieners aren't a cause for concern...

Cats don't just have barbed penises for the giggles. Indeed, their penis spikes have genuine functionality for use in feline sexual activity. Those barbs trigger ovulation, even if they do cause a great deal of pain for the female kitty.

As a result, if you find that your female cat has had sex (indeed, they should have been desexed), make sure that you get them checked out by the vet. Also, spoil them with treats. They could use some comfort.