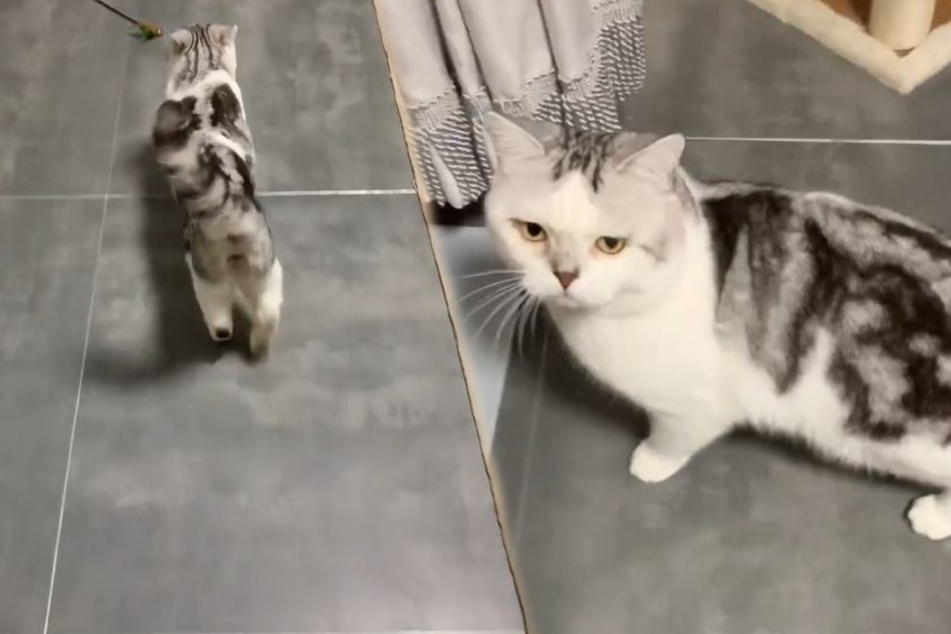 The clip of a hungry, hungry cat's loud demands to be fed has already put more than 250 million people in a good mood.

Beijing, China - This clip of a hungry, hungry cat's loud demands to be fed has already put more than 250 million people in a good mood. The feline drama queen is now a real internet star!

Tomcat Li Bai has made millions of people laugh on Douyin, the Chinese equivalent of TikTok. Uploaded on Saturday, the clip shows just impatient the black-and-white fur ball can be if his plate isn't overflowing.

The owner, Ms. Zhang, woke up during the night in her Beijing apartment and really just needed to go to the bathroom.

But Li Bai saw his chance and started making an almighty racket! The woman told the Daily Mail: "I was in the bathroom and he was just walking around me. I followed him and filmed the video"

Li Bai led his owner to his food bowls, yowling and grumbling. Once there, he turned towards his owner and the look on his face expressed how serious the problem was: there wasn't chow for him to enjoy a tasty midnight snack!

The woman uploaded her clip to Douyin and it got more than 250 million views.

One user wrote, "Oh my god this has melted my heart. Hurry up, fill up those bowls with food!"

Another user thought that the cat's yowls sound like he was giving his owner a real telling off: "look, there is no food!"

Ms Zhang described her yowling grumpy-faced cat as a "drama queen" and she explained that he often uses his meows to get attention.

In this case, Li Bai's behavior definitely worked. He sure got the attention he craves – and then some! But the real question is: did his yowls also get him the snack that he wanted? Sadly, we just don't know.