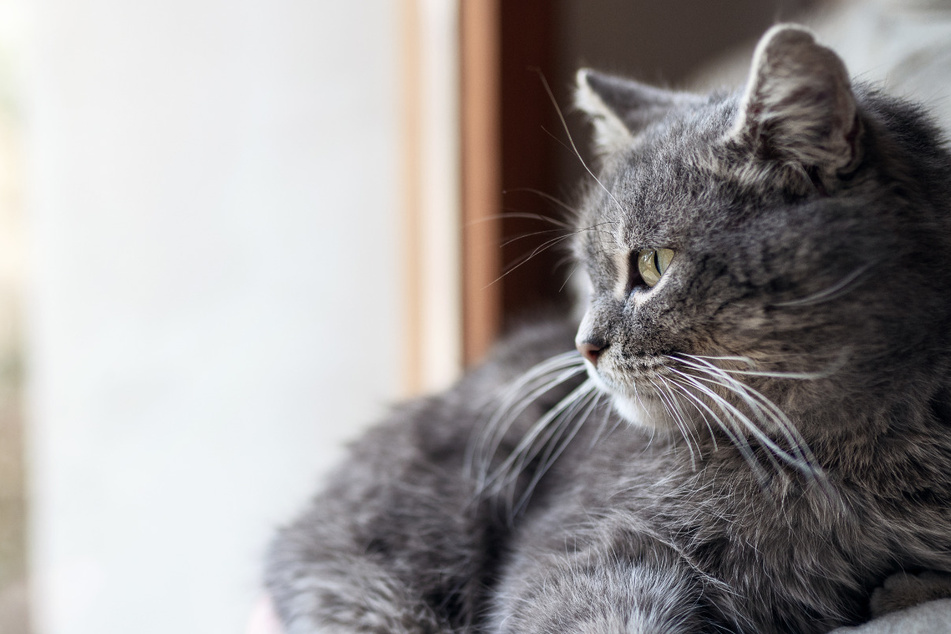 Man adopts a cat with the same disability as him

A couple from Ohio fell in love with a cat that looked like the man and shared his disability.

Ohio - Dog owners looking like their pets has been a running joke for a long time, but the same thing can also apply to cats. Just ask Larry Scott, who specifically picked out a kitten that he has something to share with.

In 2015, Larry lost an eye in a car accident. After their cat of 20 years died in May, the Ohio man and his wife decided to adopt a new one. They went to a shelter to find their new furry friend.

"Really, we weren't looking for a one-eyed cat,'" the 62-year-old told People magazine. But in an incredible coincidence, his wife noticed a very special candidate – a kitty missing her right eye! She immediately said, "Look at that, we have to adopt him." Larry happily agreed.

So what happened to the poor kitty that stole the Scotts' hearts?

The tabby came to the shelter with a terrible eye infection. It was so bad that the eye had to be surgically removed. But this initial bad luck turned out to be a blessing in disguise – after all, it led the cat to its new home.

This is a one-eyed toy killer

The cat may only have one eye but it currently has two names. Larry's wife calls him Mr. Love, but Larry has a different name for him. "I won't call him that," he said. "I’ve been calling him Killer because he plays with every toy like he wants to kill it."

Larry said that Killer, aka Mr. Love, plays like there's no tomorrow, and he can appreciate his lust for life. The one-eyed dream team are living their best lives together.

Who knows if the couple will ever agree on a name for the feisty kitten. But it's obvious that this cat found a home where he really fits in.