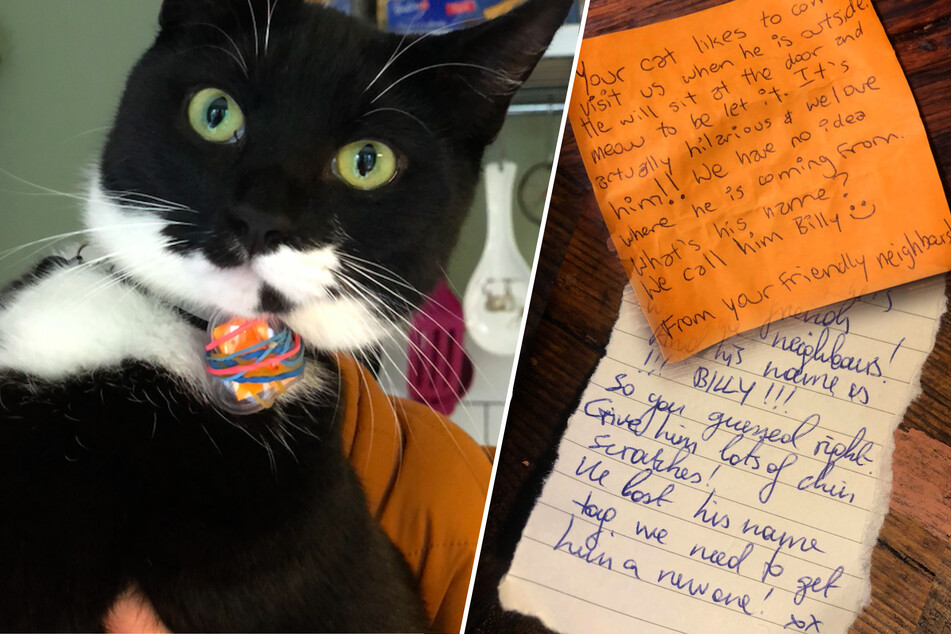 This cat is special because he carries letters between his owners and their neighbors.

London, UK - Billy the cat is special. The neighborhood loves him because he has a very special responsibility: he's a mail carrier!

If you think that sounds strange, imagine how surprised the cat's owners were when he walked in the door a few months ago with a piece of paper attached to his collar.

When Zack King and his girlfriend relieved the animal of his "parcel," they could hardly believe their eyes: it was a note from one of their neighbors!

It said: "Your cat likes to come visit us when he is outside and will sit at the door and meow to be let in. It's actually hilarious and we love him!! We have no idea where he is coming from. What's his name? We call him Billy. From your friendly neighbors!"

Zack and his girlfriend were ecstatic. They never expected anything like this to happen. As if it weren't crazy enough that the cat came back with a note, the neighbor's actually hit the nail on then head when guessing the furball's name. The cat's name is actually Billy!

Zack's girlfriend immediately wrote back to the neighbors and attached the letter to the cat's collar.

The identity of the neighbors remains a mystery

Billy didn't even need an address to deliver the note to the right doorstep, and it didn't take long for the two to receive another reply. Months later the young couple still doesn't know the identity of their "friendly neighbors," but they enjoy exchanging letters via carrier cat.

The neighbors quickly became pen pals and have sent countless messages back and forth, with the faithful feline Billy as their trusted mail-cat. They have even shared recipes and Netflix recommendations.

"We have no idea who or where the neighbor is. We could ask for details but [there’s] no need.” Zack told The Dodo in an interview. "It's nice to have some mystery sometimes."

Zack documented the sweet story on his Twitter account by sharing pictures of the notes and super cute snaps of Billy.