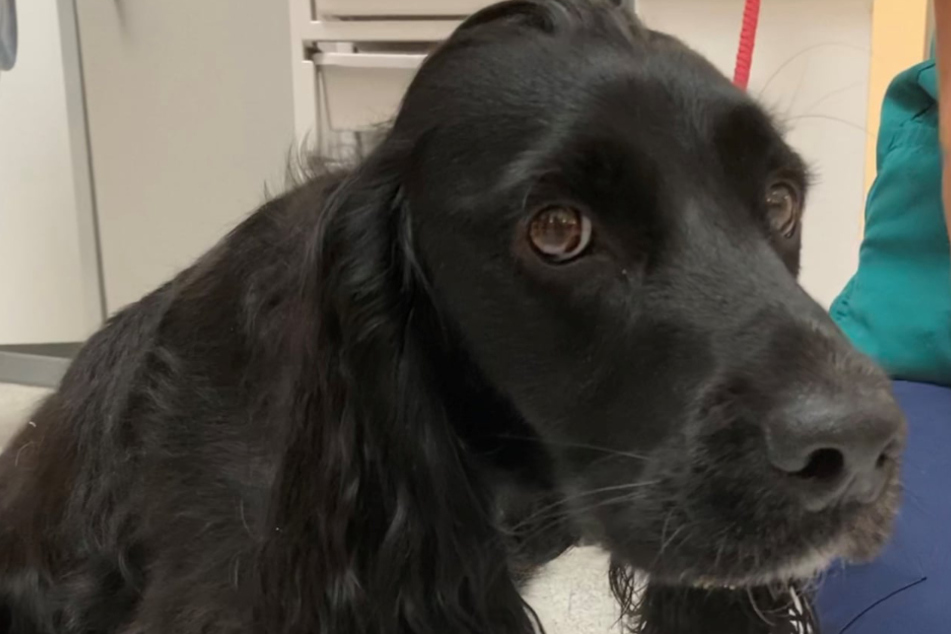 A mask almost cost this dog his life

It can happen so quickly: one minute two-year-old dog Kobe was happy as a clam and the next minute his owner was scared for his life.

Glasgow, UK - At the beginning of September, Laura Chan from Glasgow went out for a walk with her two dogs, Jasper and Kobe, when the latter suddenly found himself in life-threatening danger.

The two-year-old English cocker spaniel had found a disposable mask in the park and picked it up, the website Tyla reported.

Laura Chan (54) immediately knew something was off and hurried to her beloved four-legged friend, but it was too late: he had already swallowed the mask whole.

The mother of four didn't think twice. She grabbed her two dogs and raced to the nearest vet clinic.

"I was worried the mask had wire in it and would damage his insides," she said.

The Scottish woman was also scared that they would have to open him up to retrieve the disposable mask.

Kobe was suddenly fighting for his life.

But fortunately, the doctors at the Small Animal Hospital at Glasgow University managed to save him with a simple injection.

Vets were able to save Kobe

Soon after the drug kicked in, Kobe became nauseous and threw up the fully-intact mask.

Since the incident happened, Laura Chan has been very careful.

"He has not been off his leash since which is a shame, but I don't want to make another trip to the vets with him," she said.

Kobe is now recovering at home. To be on the safe side, his owner have him muzzled when they go for walks from now on.

Sophie Ashworth of the animal hospital in Glasgow warned that people should be more careful how they dispose of their face masks and other trash.

Apparently, dogs regularly end up at her clinic because of litter they ate from the streets.