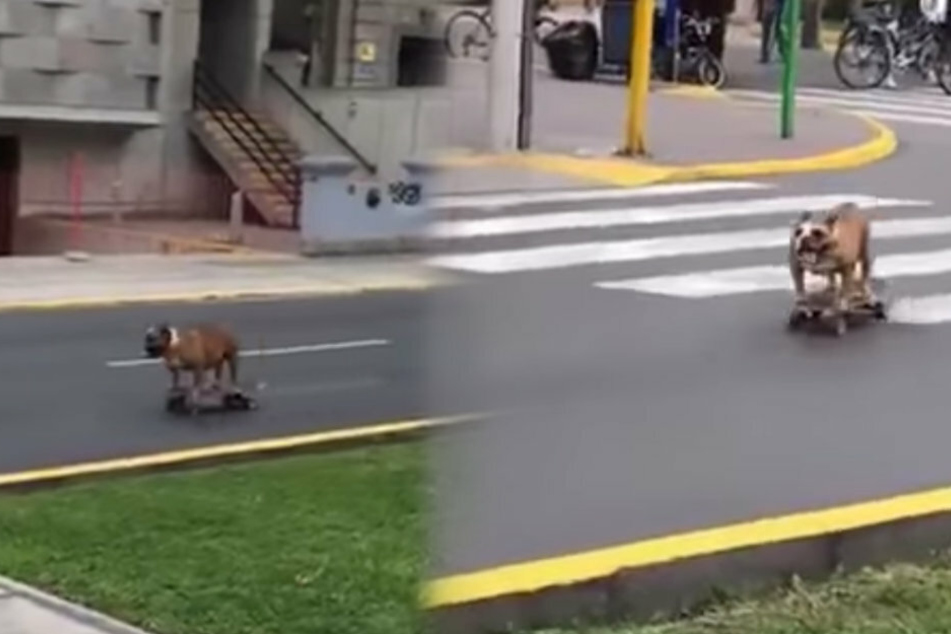 Bulldog cruises around on a skateboard like a pro

A video of a bulldog doing laps on a skateboard has Facebook users astonished at the pooch's professional skills.

Peru - People rub their eyes and stare in wonder, before bursting into laughter. This "skater boy" has everyone's attention with his balance and laid-back expression. Sure, being on four legs instead of two might be an unfair advantage, but this Peruvian bulldog's skills are still impressive!

The only bad thing about the video posted on Facebook is that it's only 37 seconds long. Going by the reactions, people would gladly watch more of this dog doing laps on a skateboard.

User Serafim Feretti posted the clip on a group called Dogspotting and left many wondering: "How can this dog be better at skateboarding than I am?"

What seems like a funny prank at first quickly becomes a serious demonstration of skateboarding class as the pooch cruises past the camera on an empty road.

The street goes circles around a green space, where the people sitting on benches are craning their necks to take a look at the four-legged Tony Hawk. Their amazement only grows as the bulldog expertly rounds the corner and keeps going.

He's clearly enjoying the ride, tongue sticking out and ears flapping in the breeze.

To a couple of gasps, the dog then seems to lose his balance a bit and comes off the board. It only lasts a moment though, and before coming to a full stop, he's off again, even giving himself a little push.

Over 2,000 users have already liked the doggy skateboarding exhibition on Facebook. With a growing fan base, the bulldog should think about turning pro.