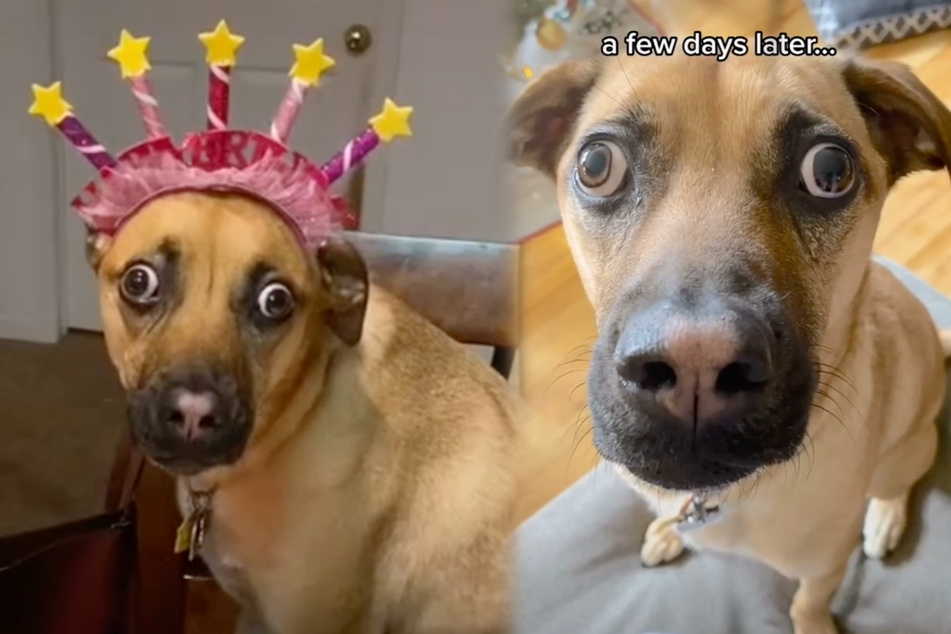 Googly-eyed dog becomes a TikTok star, but her story is heart wrenching

Her eyes will make you laugh, but the reason behind her strange look is not so funny!

New Jersey - What are you looking at? Millions of TikTok users pity this dog with protruding eyes because there's a sad story behind her odd look.

The first thing many people do when they see Bailey the Kangal shepherd is laugh at her googly eyes.

As funny as her eyes may seem, her silly look isn't a sign of health. The good news: Bailey may look goofy, but she isn't in any pain.

Her owner recently explained Bailey's situation on her TikTok channel baileyandkell. In a short clip, she said that when Bailey's eyes first started swelling, they rushed her to the vet. Initially, the vet said the dog had allergies, and it was nothing to worry about. But the animal doctor was wrong.

A few days later, the swelling disappeared, but poor Bailey's eyeballs were protruding from her head. Not only did it look funny, but it also really worried her owner.

They went to lots of different veterinarians and tried tons of different medicine, but nothing seemed to help. Finally, they had a break through and learned that the poor pooch suffers from a rare disease.

According to a recent video, Bailey suffers from a condition called extraocular myositis, which is an autoimmune disease that affects the muscles around the eye.

According to her owner, the poor dog's eyes aren't in pain, but the medications don't have great side effects. The dog lost a lot of weight.

Overall, Bailey's treatment seems to be working well, and her owner says the dog isn't showing signs of long-term damage. Throughout the whole ordeal, Bailey has become an internet star.

The video clip about her crazy looking eyes has over 14 million views, which means this lucky dog has a lot of people rooting for her recovery!