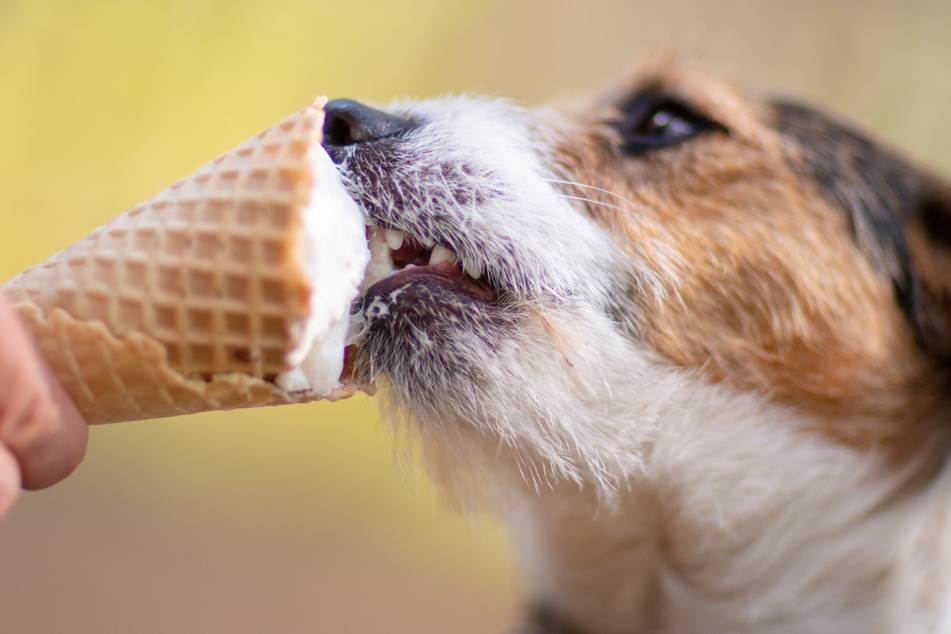 Waterbury, Vermont - Ben & Jerry’s ice cream flavors has geared up once again – but this time for your canine companion! The ice cream giant has released a new line of frozen dog treats.

"Introducing Doggie Desserts – it's Ben & Jerry's for dogs! Bow WOW your pooch with 2 pup-friendly flavors," the company announced on Twitter Monday, to the excitement of many dog-lovers.

It is the first time ever, Ben & Jerry's is selling non-dairy frozen treats called "Doggie Desserts" in both supermarkets and pet stores.

The frosty treats for your pooch come in two flavors named after employees' dogs: "Pontch's Mix," which features peanut butter with pretzel swirls and "Rosie's Batch," a combination of pumpkin and mini cookies.

Ordinary ice cream containing dairy can upset a dog's stomach and should be avoided, Ben & Jerry's clarified. Some dogs are lactose intolerant, but even for those who are not, dairy may lead to uncomfortable digestive issues.

"And that’s exactly why we churned up Ben & Jerry’s Doggie Desserts with very limited amounts of dairy, so they are perfectly safe for your dog to enjoy," the company announced on its website.

The canine treats are made with sunflower butter, which is dog-safe and will give your pup nothing but "a wagging tail and a smiling face."

All this talk about delicious flavors has left many wondering if they can have a taste of the doggie desserts themselves.

The dog treats are designed "specifically for pups and are not labeled for human enjoyment."

But the frozen desserts have the same ingredients that you’d find in Ben & Jerry's flavors made for humans.

So, if you can't resist, there is no harm in trying. That is if your pooch likes to share – and if the combination of pretzels and pumpkin sounds appealing to you.