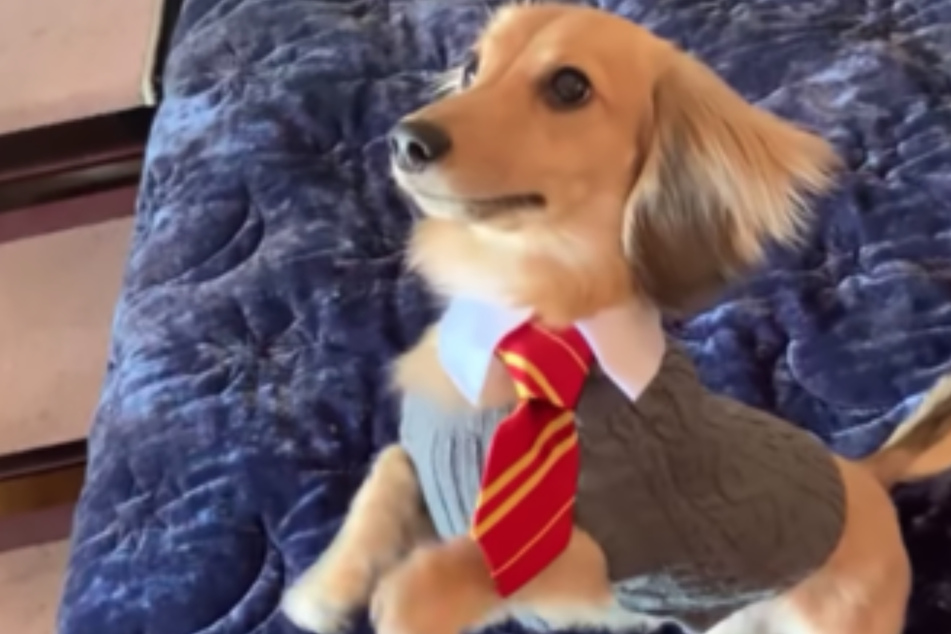 Heading to Dogwarts: the dog who only responds to Harry Potter spells

Remus doesn't just look the part in his Harry Potter-themed costume. He also plays it by only responding to magical commands.

Los Angeles, California - Remus doesn't just look the part, in his Harry Potter-themed costume. The enchanting dog also plays along by responding to the magical commands popularized by the franchise.

You're a wizard, Remus!

This dachshund has the internet spellbound with his outfit and antics.

It can't be "fetch" - Remus only reacts to "accio ball" and as soon as he hears the killing curse Avada Kedavra, he knows to play dead. Wingardium Leviosa, which makes objects float in the magical world, will get him to stand on his hind legs.

In an interview with Pet Central, Brisbin explains that she adopted Remus in May 2018, when he was just two months old.

He is of course named after a character from the series: "The Harry Potter books are my everything and Remus Lupin is my favorite 'Defense Against the Dark Arts' teacher (if not my favorite teacher overall), my favorite Marauder, and I believe just an overall highly underappreciated character."

It made perfect sense for Brisbin to also teach her pet a little of his namesake's magical vocabulary.

With a little patience and a lot of treats, Remus passed his Hogwarts exams.

It's all in the video uploaded to Brisbin's YouTube channel. Dressed for the occasion, he instantly responds to his owner's commands, delivered via wand of course.

The next step could be teaching Remus quidditch. He would probably love nothing more than to chase that snitch.