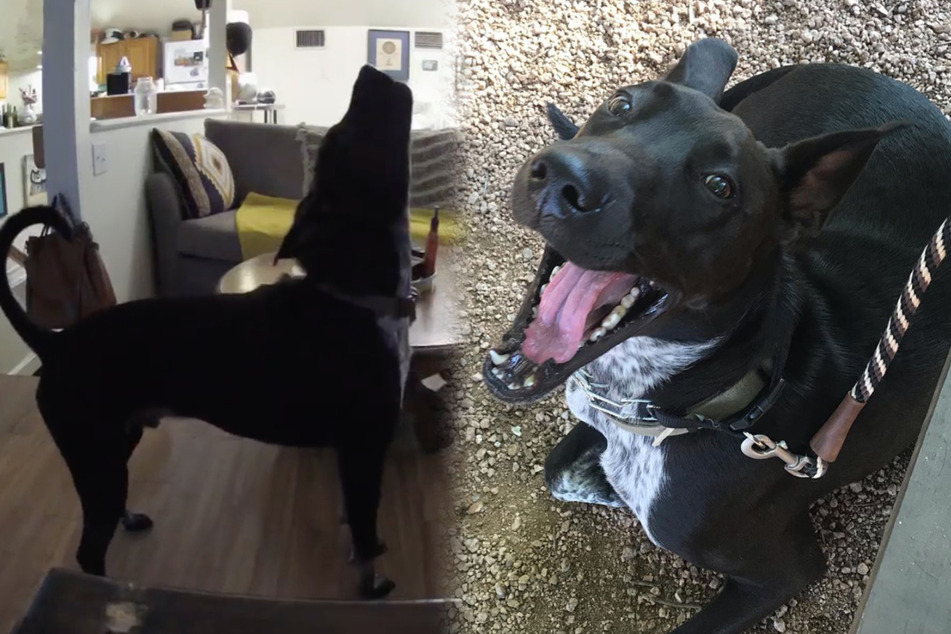 Howling at the room: pet-cam video makes dramatic dog a star on TikTok

A pet-cam video reveals one dog's flair for the dramatic when his owner isn't at home.

Austin, Texas - This dog really has a flair for the theatrical: a pet-cam video reveals his operatic howling when the owner isn't at home and TikTok loves the drama!

Judging by the short clip taken from a pet-cam recording, the hilariously-named Boof has some serious acting ability.

In the clip, which already has more than 1.4 million views on TikTok, he's home alone and looking for some entertainment. Boof quickly spots what looks like a pencil case on the living room table and proceeds to stage his own little two-act play.

First, he slyly knocks the object onto the floor. Then, with impeccable timing, he lets out a long, devastated howl, complete with an artistic pose for dramatic effect.

In an interview with the British Daily Star, 21-year-old Austin local Maddie Shelby said she was quite surprised to see what her Boof was up to when she wasn't at home.

Normally, he never makes a peep when they're together, so hearing his seven-seconds-long wail captured in the footage was unexpected for her.

Maddie also shared the video on Instagram, with the appropriate caption "Sound on for optimal drama".

Mistress can laugh about the howling of dogs in the meantime

Maddie told the Daily Star that she initially had mixed feelings after hearing the lonely cry, but she just can't help laughing at the spectacular delivery: "It used to make me sad when I saw him howl like that, but he’s so dramatic now that it just makes me laugh!"

She also knows that it's ultimately a sign of deep affection: "When he howls, I interpret it as him saying 'moooooom, daaaaaaaad, come homeeeeee' which is sad but also hilarious! He just loves us so much and we feel the same way!"

The internet certainly shares that sentiment, as Boofer now how has more than 4,000 followers on TikTok.