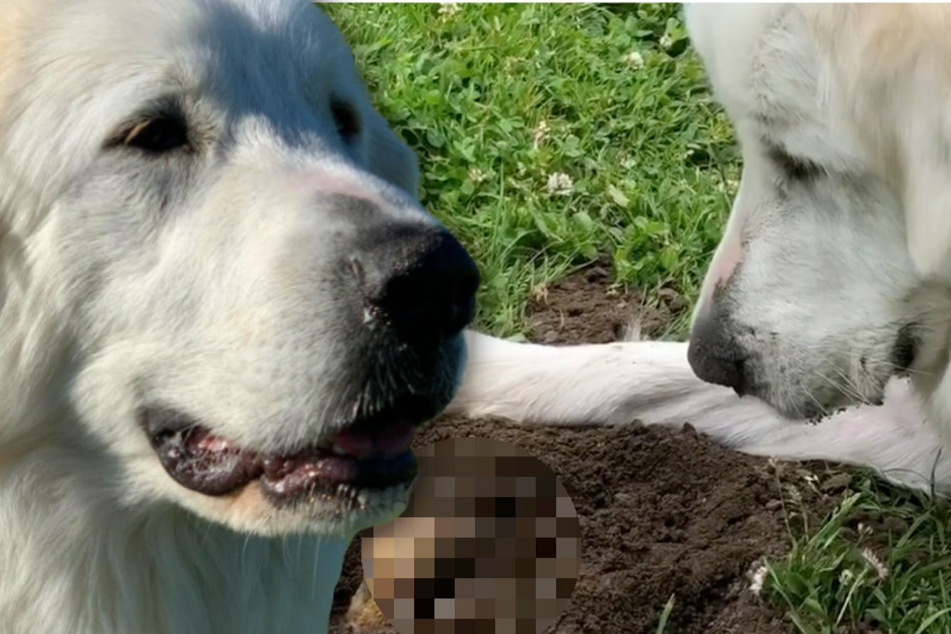 Fiona gets along very well with gophers and her owner posted a video of her and her new friend.

San Francisco, California - Friends come in all shapes and sizes and sometimes from the strangest of places. The Great Pyrenees dog Fiona was filmed meeting a new buddy that popped up out of nowhere.

San Francisco's Golden Gate Park is not only a getaway for humans, it also a great place for pets.

A dog owner proved this in a short video posted on Instagram that shows a huge pooch making friends with a tiny gopher.

In the short clip you can see the cute little creature curiously pop out of its hole while Fiona watches the little furry thing. The dog is spell bound. But before she can give the gopher a little bump with her nose, it has already disappeared back into the ground.

Fiona's owner the sweet encounter just had to be shared, so the Great Pyrenees is now the star of her own Instagram page. Plenty of users agreed and the account now has over 1,500 followers to go with the 3,000 views that the video got.

Subscribers were thrilled by the majestic dog, commenting "How cute" and "Just heavenly". Most of the commenters were impressed with how calm and curious Fiona was with the gopher.

Fiona gets along with lots of animals

Fiona is apparently always making friends. There is another video of her on Instagram in which she tries to make friends with a deer. The animal had managed to wander into Fiona's backyard. The caption read: "i see you, i smell you, i like you, but i have something going on with a gopher."

The fluffy white dog also gets along with her housemate, a cat named Jack Smith that also has an Instagram account.