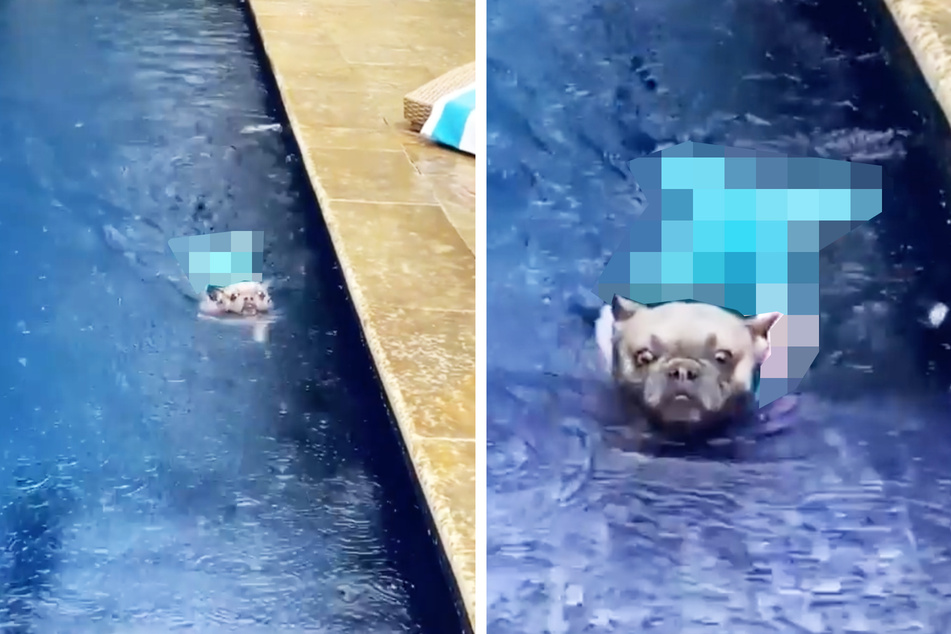 French Bulldog Niza loves to dress up, so she just had to pick the right outfit for a nice swim in the pool.

Monterrey, Mexico - Niza is a French Bulldog with a lot of style, so when it's time to paddle in the pool, she puts on her best Ariel costume.

The fashionable Frenchie loves to dress up and shows off her  extravagant outfits on her Instagram channel.

The latest video was a huge hit with users, as Niza decided to go for a few laps in the swimming pool.

It's the perfect excuse for her to try out her mermaid onesie, complete with an adorable blue hair bow. There's only one choice for the soundtrack: Part of Your World from Disney's animated classic The Little Mermaid (1989).

Niza happily paddles towards the camera in the rain, her tail fin poking out of the water.

After climbing out of the pool and up to a small waterfall platform, she turns around and admires the distance she's just covered. Another lap, perhaps?

The video of the little mer-dog

More of videos of Niza in great get-ups

Niza already has over 18,000 subscribers to her Instagram channel and this video will probably only add to her considerable following.