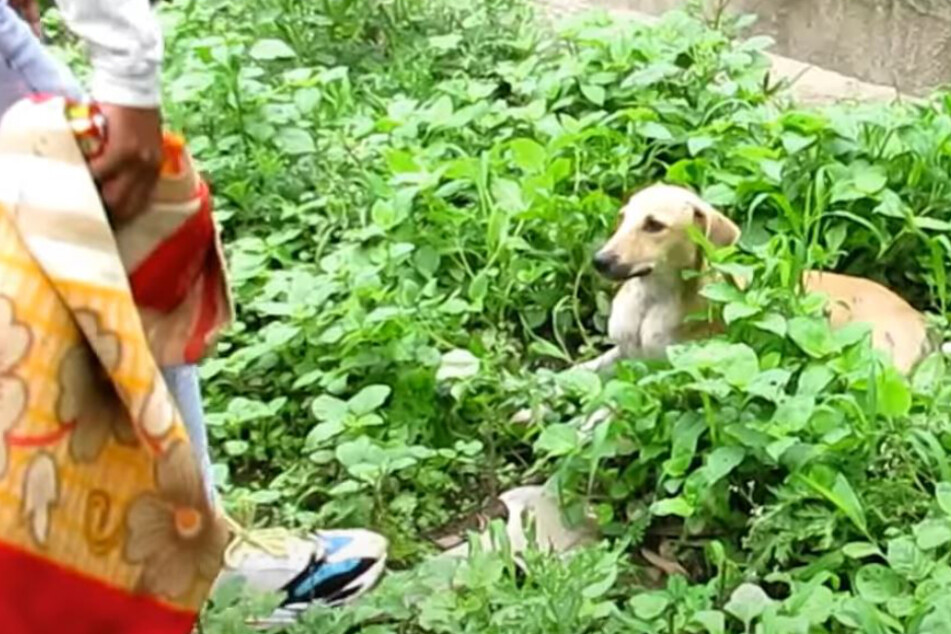 This rescued pup needed a lot of help and it seemed like his situation was hopeless.

Rajasthan, India - It is a miracle that the animal welfare activists of Animal Aid Unlimited found this dog to begin with.

The rescuers found the poor pup by chance, in a thicket in the Indian state of Rajasthan. The dog didn't run away or make a sound when they approached. The men quickly found out why.

In YouTube video uploaded on Thursday, Animal Aid Unlimited reported that the pooch couldn't move his hind legs at all. According to the team, he was in a lot of pain and an examination showed that his spine was badly damaged, which partially paralyzed him.

Precious, as the activists, called him, went through six weeks of treatment, with plenty of rest and physical therapy. There was hope that this would help him walk properly again.

But there was very little improvment at first.

The team kept working with Precious even though it seemed hopeless

But Precious wanted to fight on.

After two months of countless training sessions and encouraging pats, there was finally a major breakthrough. Today, he can walk again, albeit somewhat awkwardly.

Up next is another less than pleasant medical procedure – Precious will get neutered. But it's all part of an amazing success story that saw a terrified, paralyzed stray turn into a happy, healthy pet .

The organization is appealing for donations that can help them continue their good work.