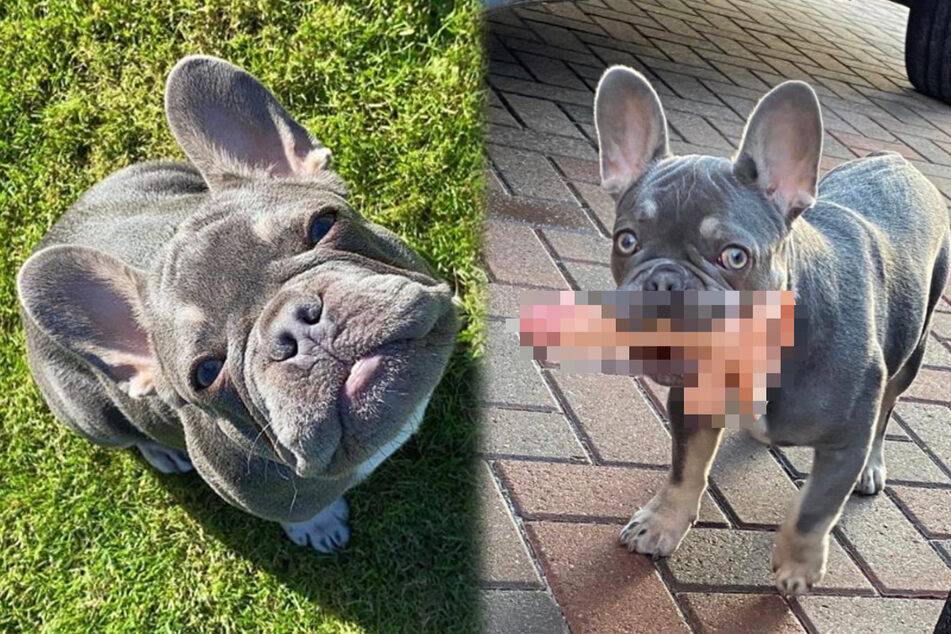 This dog loves his raunchy new toy, but his owner is embarrassed

Dundee, United Kingdom - What is this dog holding between his teeth? A Scottish nurse just amused thousands of people on the internet with a bizarre picture of Carlos' new favorite toy.

This French bulldog not only entertained all the dog lovers on social media, but also made his whole neighborhood blush.

Owner Paula Ramsey shared a snapshot of her dog and his new sex toy on Twitter, and explained how it ended up in Carlos' jaws in the first place.

Apparently, the little pooch was having so much fun with the toy that he didn't feel like coming into the house again.

The whole thing becomes especially embarrassing for Paula because she lives on a busy street in Dundee, Scotland. Carlos and his plastic penis might have been seen by quite a lot of people.

Thousands of likes for the raunchy dog

On Twitter, more than 41,000 users already liked the hilarious picture.

Paula used the opportunity to promote Carlos' Instagram account. On there, she posts tons of photos of the French bulldog and most of them are PG-13.

Carlos is not the only dog who seems to have a thing for sex toys: Only recently, a Labrador surprised his owner with a very similar discovery during a walk in the forest.