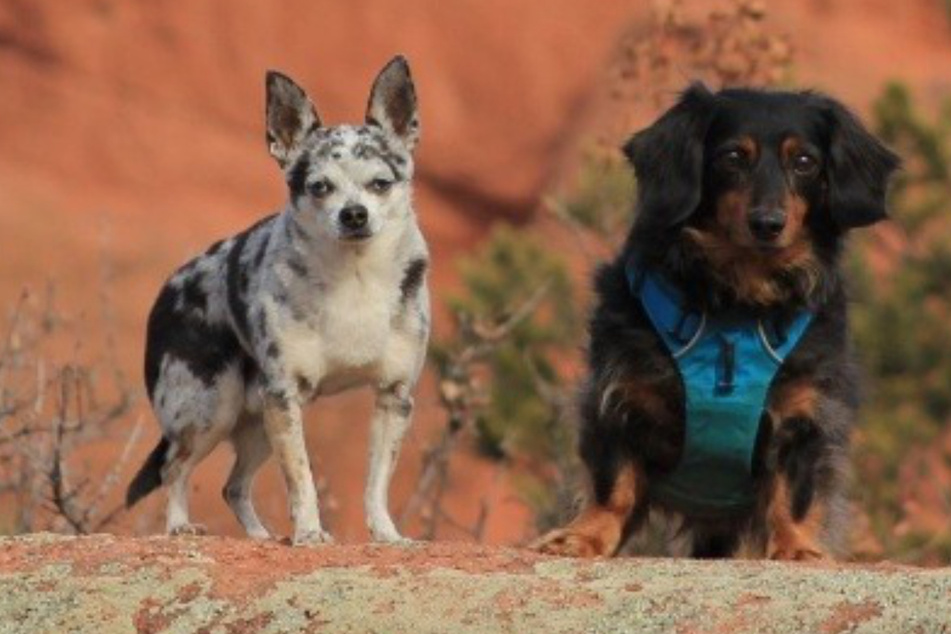 A tiny dachshund proved that size doesn't matter when it comes to heroic acts. He saved his even smaller furry friend from a mountain lion!

Evergreen, Colorado - Small dogs can be heroes too: a tiny dachshund took on a mountain lion to save his buddy!

According to Fox News, the heroic rescue took place on November 7 in Evergreen, Colorado.

The dachshund, named Winston, was playing with his friend Mijo, an adorable Chiweenie, when the two were attacked. According to their owners, the two four-legged pals ran out of the house through an open door when a cougar suddenly grabbed Mijo.

The big cat tried to run away with its catch, but Winston chased the wild animal. He barked at it until the cougar released the pooch and ran away without its prey.

As soon as Sarah Moore and Lindsay Golden, the owners of the two dogs, heard the commotion, they rushed to their pets and took Mijo straight to the vet.

Tragically, the little dog lost his right eye in the attack. The veterinarians also said that he may have long-term brain damage, as he suffered a seizure after the attack. But if it wasn't for Winston's courageous efforts, Mijo would have probably suffered and even more terrible fate.

Sarah Moore told 9 News, "This is his best friend, so I’m not surprised that when he was screaming, that he chased after him." She described Winston as having "a lot of heart."

The Chiweenie's owners set up a GoFundMe campaign to pay for Mijo's medical care.