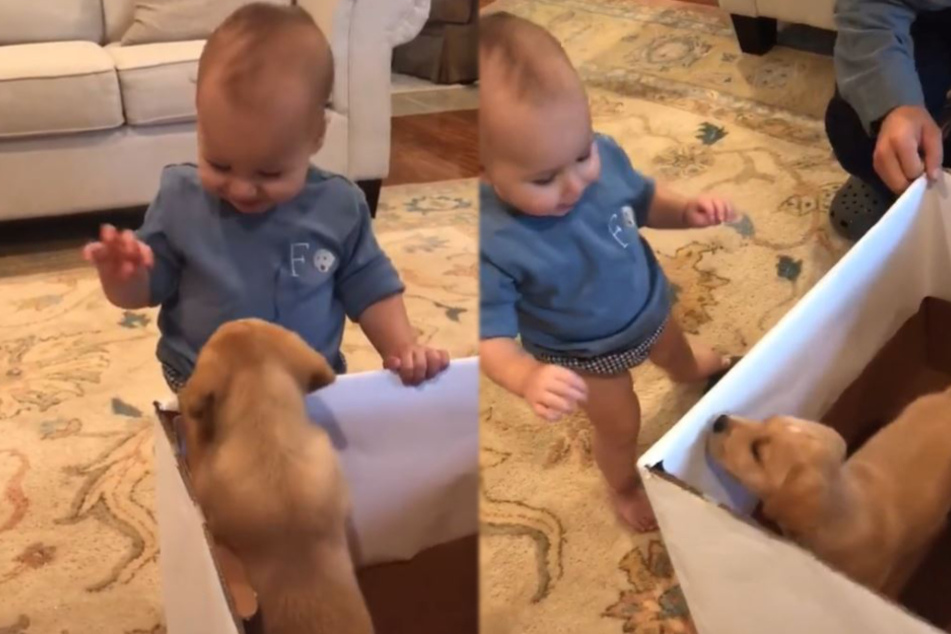 This clip went viral: 11 million TikTok users watched the touching first encounter between a baby and his new puppy.

Internet - This viral video is exactly the kind of content people need in these trying times: 11 million TikTok users watched the touching first encounter between a baby and his new puppy

Since its release on Wednesday, the touching 50-second TikTok clip has been clicked on 11 million times.

The video shows toddler Frem opening his birthday gift: a Labrador puppy inside a big white box with a blue ribbon.

Frem looks somewhat puzzled for a very brief moment, but then beams at his mother who is holding the camera. He shifts his attention back to the little Lab and begins to interact with it in a way only babies can.

The dog seems to be similarly interested in the tiny human and stands on its hind legs to get a better view of the new playmate.

Soon they are both frolicking on the floor and Frem lets out the most joyous sounding toddler giggles.

The TikTok community is in awe

The clip got 2.4 million likes from people who were touched by Frem's reaction to his birthday gift. The comments also poured in by the thousands:

Let's hope we get to see more videos of baby Frem and his new best buddy as they grow up together.