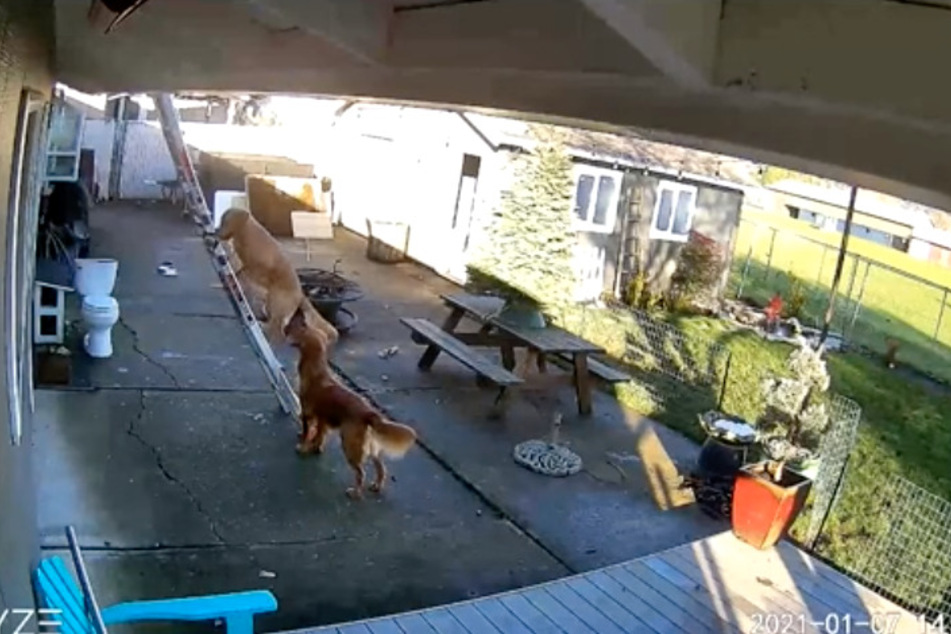 A golden retriever made his way onto the roof, but how did he get there?

A video showing a golden retriever on a roof became a viral TikTok hit on January 8, receiving over 7 million views within less than 24 hours.

The person who published the clip took it from TikTok user Vince Matteson, who got significantly less attention for the original video.

The recording depicts a dog, named Ace, wandering around on a roof – completely unbothered by his owner's stunned reaction. How did Ace get up there?

Matteson explains in the clip that he was on the roof taking down the Christmas lights, when he turned around and saw his four-legged friend sitting next to him.

"Ace climbs up this whole ladder by himself and is now on top of the roof," he says.

The owner has proof of the dog's amazing feat, as the home security camera captured the incredible moment.

In the footage, the golden retriever can be seen scaling the ladder all by himself.

Some viewers alleged the clip was fake. A fact check by Snopes took a closer look at the TikTok hit. Their conclusion: the video is real!

The viral post has since been taken down, possibly due to copyright reasons, but the original post is still online.

How Ace made it down from the rooftop is unclear, but owner Matteson will certainly be more careful where he places his ladder from now on.