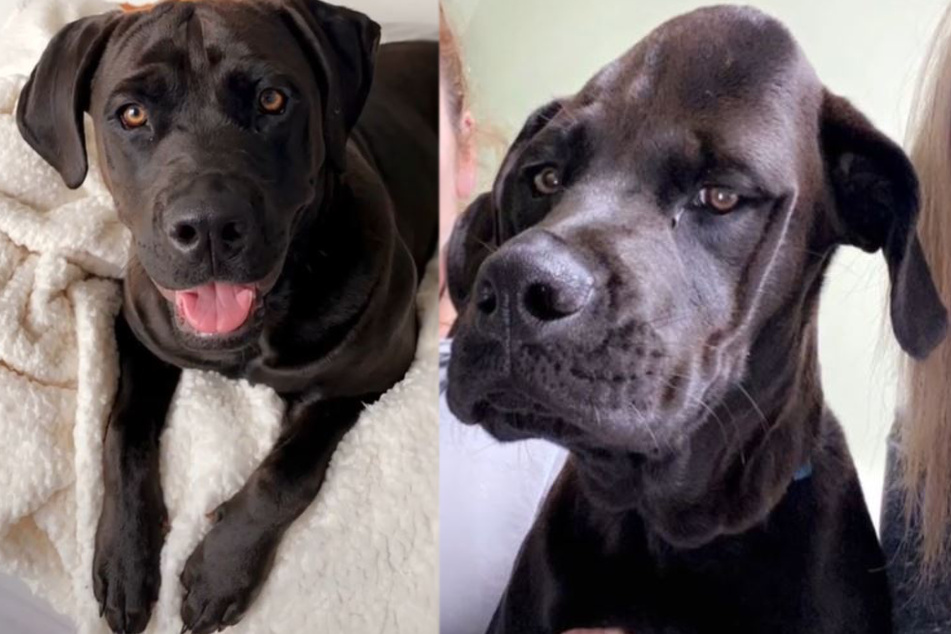 What made this dog suddenly turn into one of the Coneheads?

He's a huge hit on TikTok: This poor dog is now the subject of thousands of jokes.

Internet - A viral TikTok clip shows how a lab when from cute to almost creepy in a very short amount of time.

The young woman captioned her video, "Just remembered the time my dog got bit in the head by something."

Initially, viewers get to see a short scene of the furry dog happily playing on the bed, followed by just three photos.

In the first one, the four-legged friend appears perfectly normal.

What follows are two pictures in which the animal looks almost alien-like! The first snap shows the poor pup looking absolutely defeated, as if he knows that he looks like a creature from another world.

In the second photo the poor doggo looks a bit better, but still looks like he should have starred in Star Trek.

Unfortunately, @pollie12345 didn't explain exactly what kind of bug made her canine companion look like one of the Coneheads. Whatever it was, it's best to steer clear of it in the future.

One silver lining to the dog's suffering is that the clip hit TikTok like a bomb. Just since the beginning of April it has garnered about 4.7 million likes.

But for many TikTokers, that wasn't enough; they had to add their two cents, resulting in more than 142,000 comments.

Here are some excerpts:

At least the poor pup is back to his old handsome self now!