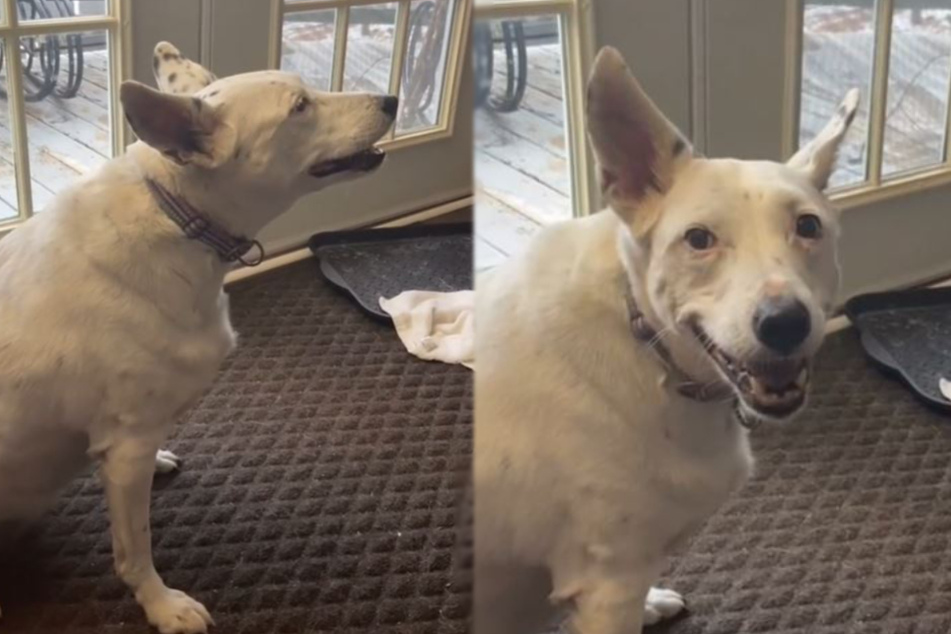 TikTok users can't get over how this deaf dog's adorable attempts at barking!

Texas - What does the of bark of a dog that has never heard her own voice sound like?

Texan Lindsay Kelly showed the TikTok community what happens when her deaf dog tries to bark. Posted just before Christmas, the video has since warmed the hearts of 1.8 million people.

The short chip shows her special pooch trying to make her voice heard. The caption in the video says: "My dog is deaf. She's seen other dogs do it. But she doesn't know she's supposed to make a noise."

The dog sits comfortably on a mat by the door and gives it a try. But because she's never learned how to woof, all she does is mimic the movements of a barking dog. As she jerks her head up and opens her mouth, no sound comes out.

"Sound on or off. Doesn't really matter," Lindsay wrote, but unmuting the clip makes all the difference. Her sweet encouragements seem to help and her pet reacts to her praise: "Trying to bark? You barking? Ohh, good bark."

"Her big smile, She's so proud of her whisper woofs," wrote one user. Another user couldn't help but be a bit down: "The saddest part is he can't hear your compliments."

Though apparently not all deaf dogs "whisper woof," according to one TikTok user. Sometimes they can go in the opposite direction and get really loud because they can't hear their own bark: "My deaf dog does the opposite! He constantly whines and barks and sounds like he talking constantly because he can't hear himself!"

After all the positive feedback Lindsay Kelly started posting more videos of her beloved pooch on her TikTok.

She hasn't had another viral hit yet, but she does have a few thousand new fans.