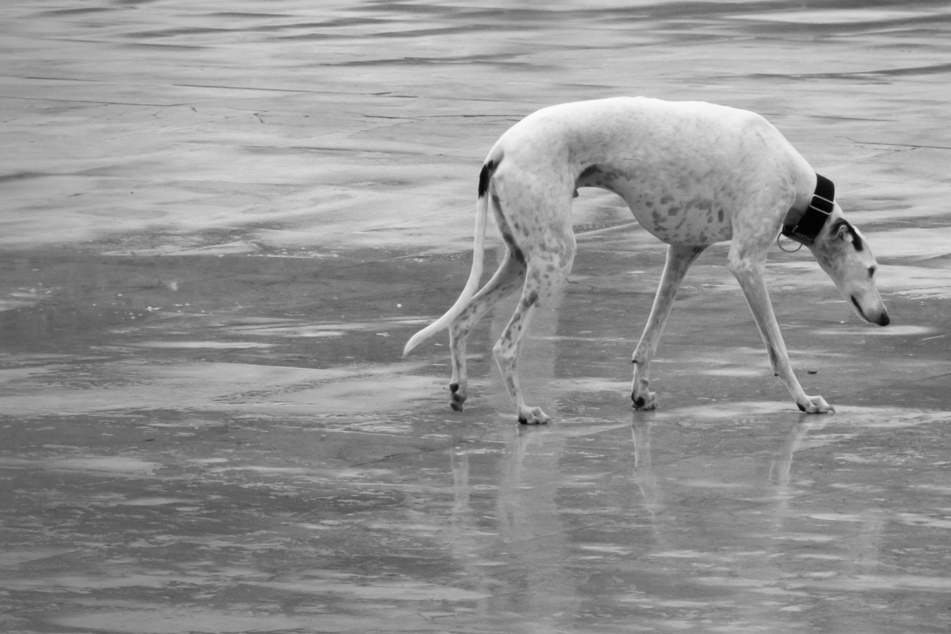 Frightened and wounded: abused dog wanders through the streets

The dog was taken to the vet, where doctors were shocked to find him riddled with pellet wounds.

Newhouse, UK - It's a story that may be difficult to process for any dog lover. A lonely hound was found completely distressed and frightened in the streets of Scotland. When he was later given a medical examination, the vets were shocked by what they found.

According to the Daily Record, the lurcher had been  limping through the streets of Newhous in  Lanarkshire when he was found on August 19. After being rushed to a clinic, Ashton, as the stray was named, had to be sedated immediately due to his injuries.

The vets were shocked when they took an X-ray of the animal's body.

The images revealed that Ashton had been riddled with shots from a pellet gun: as many as 60 wounds were found on the poor dog.

As soon as the pellets were removed and Ashton recovered from the operation, the dog's behavior changed abruptly. Without the severe pain, Ashton was more trusting and less aggressive.

He is currently housed in an animal shelter where he can become accustomed to humans again.

There he regularly goes for walks and is slowly getting used to being stroked and cuddled again. It will take some time for Ashton to fully recover, but as soon as this process is finished, a new home will be found for him.

It's still unclear what exactly happened to Ashton. It's possible that the stray was shot at after getting too close to animals grazing in the region.