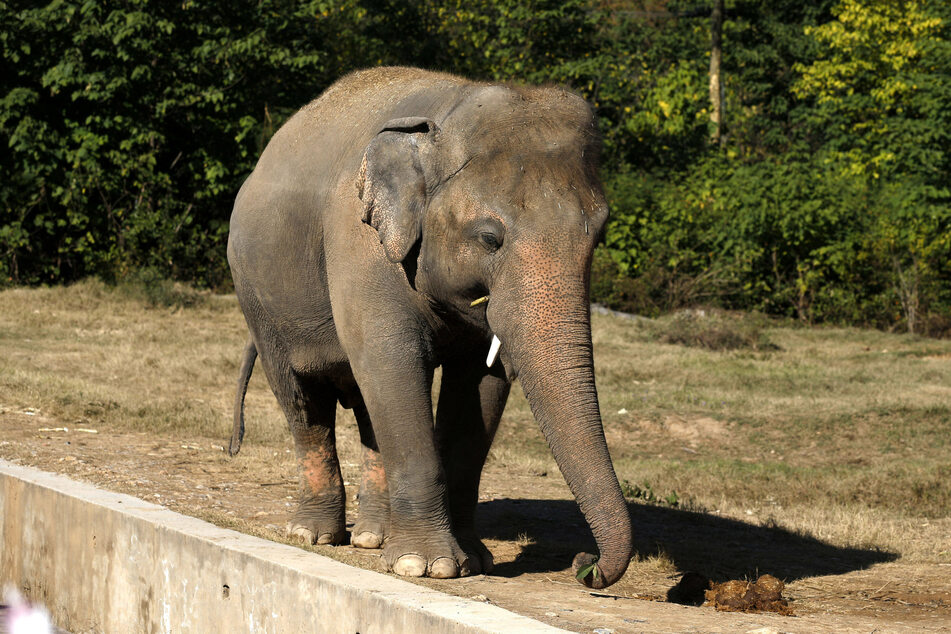 World's loneliest elephant gets some company for the first time in 8 years!

The world's loneliest elephant has been rescued from life in chains at a Pakistani Zoo and taken to Cambodia.

Phnom Penh, Cambodia - The world's loneliest elephant has been rescued from life in chains at a Pakistani Zoo and taken to Cambodia. And he's not so lonely anymore!

Kaavan spent 35 years living in chains in a small enclosure at Marghazar Zoo in Islamabad.

After his mate died in 2012, he had to endure the grim conditions in isolation.

Their efforts paid off: on November 30, Kaavan was finally rescued from his misery and taken to Cambodia on a plane.

"I'm so happy and I am so proud he is here," Cher told AFP news at Siem Reap airport. "He's a wonderful, wonderful animal."

In Cambodia, he will live in a wildlife sanctuary with several other elephants.

For now, the big animal is quarantining but soon he will be roaming in an open space with a large herd of other elephants, according to the animal welfare group Four Paws International (FPI).

But how is Kaavan doing after his strenuous journey?

Kaavan is a bit restless and stressed at the moment, according to Dr. Amir Khalil of the FPI. But that's perfectly, as anyone who has ever gone through the stress of moving knows all too well.

"Surely in the coming days, he will feel much better and calmer," Khalil insisted.

Kavaan's $400,000 journey had been prepared for months. Due to the animal's heavy weight, a transport cage had to be custom-made.

While the journey was tough for the animal weighing tons, he behaved "like a frequent flyer" according to Khalil.

After years of isolation, Kaavan will finally become part of a new family: three female elephant residents – Diploh, Arun Reah, and Sarai Mia – are waiting to meet him in the sanctuary. Given Kaavan's size, the three are still cautious, but the local team will do their best to get the animals used to each other's smell.

"First contact with an elephant in eight years – this is a huge moment for Kaavan," said Martin Bauer, a spokesperson for the FPI said.

"Kaavan will finally have the chance to live a species-appropriate and peaceful life," Bauer added.

Meanwhile, Kaavan's diet has been changed to fresh grass. According to Thomson, the big animal is very curious about his new surroundings and exploring the trees in his new enclosure. But most of all, he is enjoying a completely new sense of freedom.