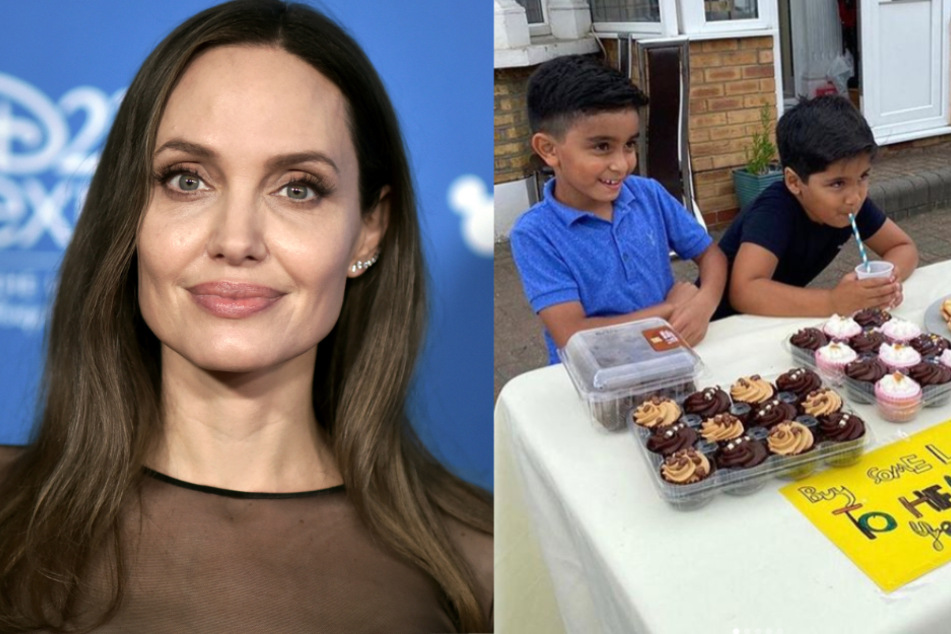 Ayaan and Mikaeel set up a lemonade stand to collect money for a good cause and Hollywood star Angelina Jolie came to the two boys' aid.

London, UK - Two primary school kids from London, Ayaan and Mikaeel, set up a lemonade stand to collect money for war victims in Yemen. Their efforts got the attention of Hollywood star Angelina Jolie, who also helped them out with a donation

Angelina Jolie sent the two boys a personal letter along with an "extremely generous donation", according to the boys' Instagram page.

In a touching video posted on the platform on Wednesday, Ayaan and Mikaeel thanked the 45-year-old actor, for her contribution:

"It's really helped us raise more money and awareness for Yemen,", said Ayaan (6).

In the letter, Jolie thanks the boys for their commitment to helping children in Yemen.

"I'm sorry I'm not able to buy a lemonade from you," wrote the mother of six, who is also a goodwill ambassador for the UN High Commissioner for Refugees (UNHCR).

The two young activists promised to serve the star a cool glass of lemonade on her next visit to London.

Angelina Jolie voiced the elephant Stella in the recently released Disney production The One and Only Ivan. Her private life isn't going as well – her ex, Brad Pitt (56), is currently involved with the 27-year-old German model Nicole Poturalski. Brad and Angelina announced their separation four years ago.