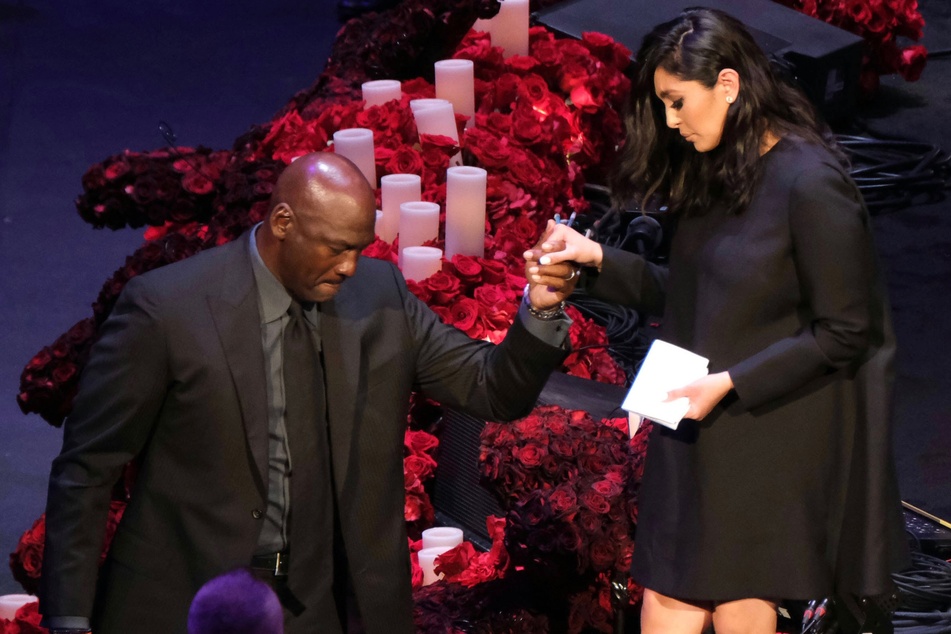 Los Angeles, California - Vanessa Bryant fought back tears as the LA Lakers celebrated their NBA championship triumph. In an emotional statement, she paid tribute to her late husband and Lakers legend, Kobe Bryant.

"Go Lakers! Wish Kobe and Gigi were here to see this," Vanessa Bryant wrote on Instagram, as the Lakers' finished off the Miami Heat in game 6 of the playoffs on Sunday, 106 to 93.

Led by LeBron James and Anthony Davis, the Lakers were crowned champions for a record-tying 17-th time after their victory at the Walt Disney World Resort in Orlando, Florida.

The team was equally aware of the significance of the victory and dedicated the victory to the late Kobe Bryant (†41) and his daughter Gianna (†13).

The two were killed in a tragic helicopter crash in January. Vanessa Bryant recently sued the Los Angeles County Sheriff's Department for violation of privacy because first responders took photos of the bodies at the crash site and shared them with friends.

Her suit has inspired a new law in California that will come in to effect in January. The Kobe Bryant law bans first responders from snapping pictures of the deceased.

During the playoffs, LeBron James wore a special T-shirt in memory of his friend and former teammate, which read: "More than ever with love, 1978-2020."