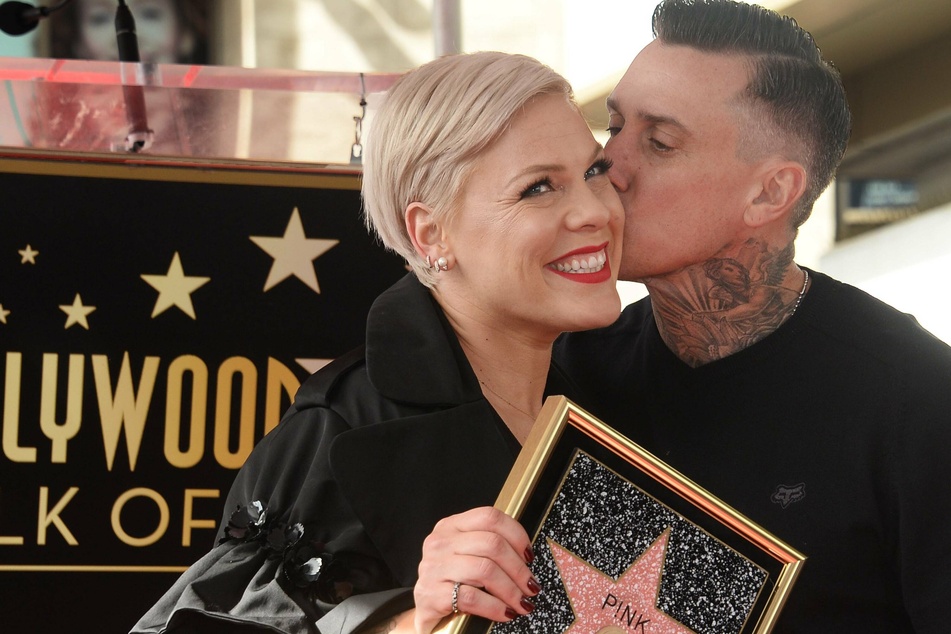 Santa Barbara, California - True love can survive the worst of times, as no celebrity knows better than singer Pink, whose marriage to motocross rider Carey Hart has been tumultuous. Now, the couple is celebrating their 15th wedding anniversary – and their bond seems stronger than ever!

The pictures show Pink and Hart in different phases of their life together, posing at a party in a punk look and in casual swimwear on a boat trip. She also includes pics of the couple with their two children: son Jameson Moon (4) and daughter Willow Sage (9).

"See, sometimes being stubborn pays off," the 41-year-old continues, alluding to her tumultuous marriage to the motorcyclist.

The two met at an extreme sports event, the 2001 X-Games, and became a couple shortly afterwards.

In 2006, the pop star and the motorcycle racer married – although they had already taken a break from their relationship in 2003.

The couple's relationship has been marked by several separations and affairs

In February 2008, the couple separated again but did not divorce. A year later, Pink and Hart got back together. In 2011, the lovebirds had their first child, Willow, followed by Jameson's birth in 2016.

Pink and Hart have experienced many ups and downs in their relationship. The singer accused her husband of cheating multiple times in the past. During their break in 2003, Pink had a brief affair with musician Tommy Lee (58), while Hart had a liaison with Pamela Anderson (53).

Alluding to their wild marriage, Pink jokes: "Here's to at least the next 15 months." Fans are happy to see the couple hasn't lost their love or their sense of humor.