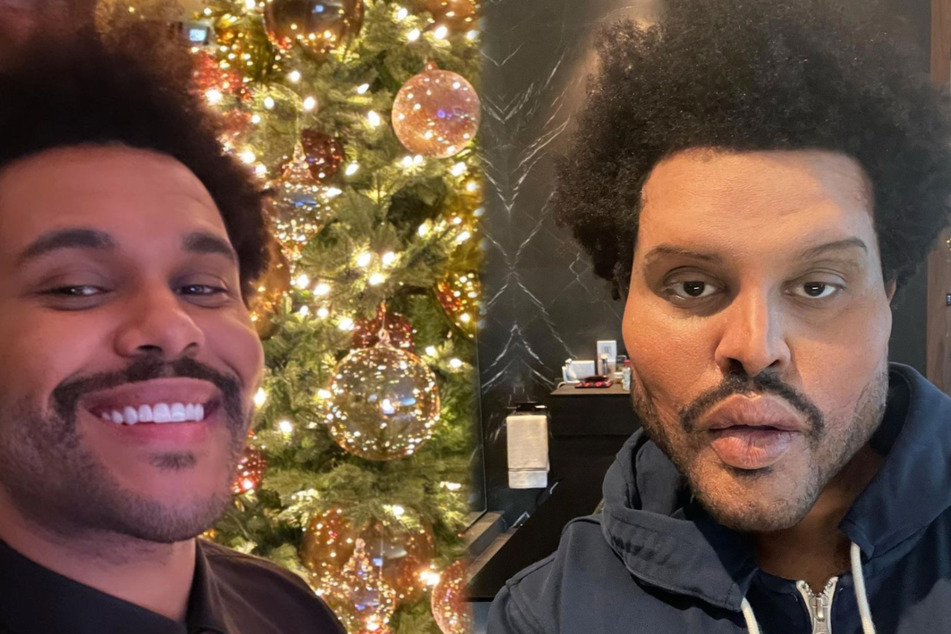 The Weeknd's latest selfie makes fans ask: what happened to his face?

Singer The Weeknd appears to have changed his look.

The Canadian looks very different in his latest Instagram post, which begs the question: what's going on with his face?

Did the singer have an accident? Did he have surgery? Or did he change his face shape for some other reason?

The Instagram community noticed and asked what happened in the comments section. The Weeknd definitely had to endure more than a sneer or two.

"Hello Ken, where's Barbie?" one user asks, poking fun at the pop star's new appearance. Others commenters called the pop star "Squidward" because they think his new face shape resembles that of the SpongeBob character.

One shouldn't mock the afflicted, but fans do want to know what's going on with The Weeknd's face.

Instagram isn't the only place to see the singer's new look. In the music video for the song Save Your Tears, which was released on Tuesday, The Weeknd shows off his altered look.

Almost all of the other people who appear in the video are masked, which makes fans wonder if the singer's new face isn't the result of plastic surgery after all. Maybe it was created with makeup and a latex mask?

The Weeknd is known for his spectacular music videos, like the one for Blinding Lights, in which he takes a crazy night drive in a Mercedes through an almost empty city and has an encounter that leaves him bleeding from the nose. The music video for False Alarm depicts a brutal bank robbery.

Perhaps the 30-year-old was just messing with his fans by posting a selfie of his outlandish look for the new video.