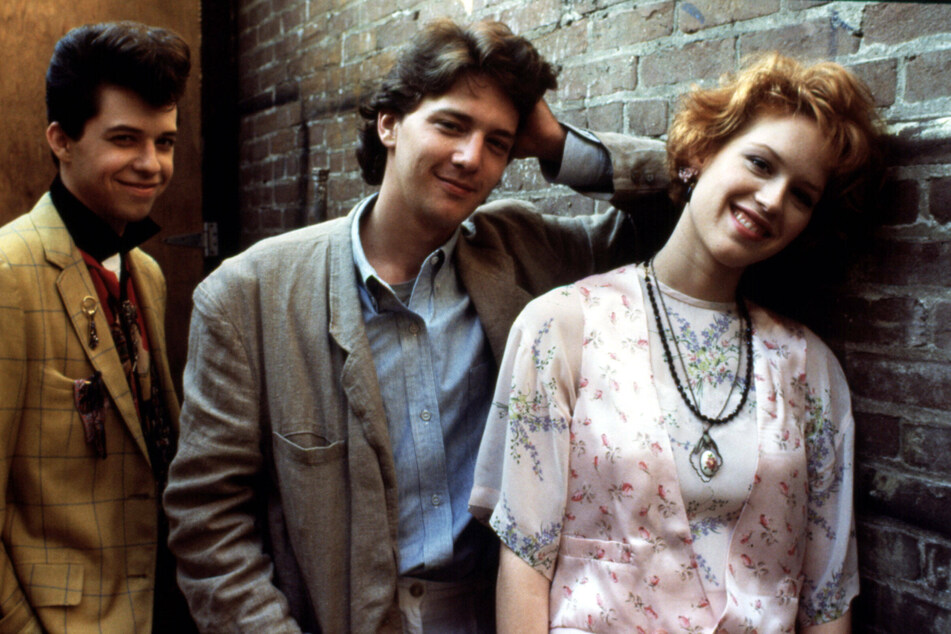 Wondering what happened to Andie, Ducky, Blaine, and Stef? Gen X audiences may someday get an update.

Los Angeles, California – Wondering what happened to Andie, Ducky, Blaine, and Stef? Gen X audiences may someday get an update.

The coming of age classic Pretty in Pink – penned by John Hughes and directed by Howard Deutch – turns 35 at the end of the month and is part of a new, nostalgia-inducing Blu-ray package that includes Ferris Bueller’s Day Off and Some Kind of Wonderful, which Deutch also directed.

Deutch tells the New York Daily News that he’s familiar with the way the Netflix series Cobra Kai revived the 1984 film classic The Karate Kid by picking up where that movie left off when its young characters ended an important chapter in their lives. He said that there’s also been discussion to a similar affect about reviving films from the 1980s he worked on with Hughes, who died in 2009.

"It’s an interesting thought. People have talked about it," he said. "I could see it under the right circumstances."

For Deutch, there’s one key ingredient that would have to be in place for him to revisit a movie like Pretty in Pink.

How his work with Hughes found a unique niche in American culture – and has continued to resonate with future generations – is a bit of a mystery to Deutch.

"We didn’t expect these movies to have this kind of impact," he said "We were just glad we got them made."

According to Deutch, the theme of being true to one’s self and standing up for what’s right remains authentic. Many of Hughes’ films took on classism and bullying and were brought to life by young actors like Molly Ringwald, Anthony Michael Hall, Ally Sheedy, and Emilio Estevez, who made names for themselves in those productions. The group was dubbed The Brat Pack by the Hollywood press.

"The Brat Pack was an '80s phenomenon," Deutch recalls. "(Hughes) used to say 'I don’t want to hire stars, I want to make stars.'"

Hughes’ and Deutch’s collaboration wasn’t limited to teen flicks. They also worked together on 1988′s The Great Outdoors, starring Dan Aykroyd and the late John Candy – which marked Annette Bening’s big-screen debut. Again, Hughes did the writing and Deutch got behind the camera.

"You know how some people say, 'Oh, they’re all my children and I love them all equally?' I don’t feel that way," Deutch said. "I’d say of the stuff I did with John, Pretty in Pink is my favorite."

The collection of Hughes films being packaged by Paramount for Blu-ray release on Tuesday also includes She’s Having a Baby and Planes Trains & Automobiles, both of which Hughes directed. The latter of those films, which stars Candy and Steve Martin, is the only movie in the wholesome collection that’s rated R.

The Some Kind of Wonderful disc, which marks that film’s Blu-ray debut, includes commentary by Deutch and actor Lea Thompson, whom he married. The pair met while working together on that 1987 movie and married two years later. They have two daughters, who are also in the movie business.

Like Pretty in Pink, Ferris Bueller’s Day Off also turns 35 in 2021, but that Mathew Broderick comedy classic won’t celebrate its anniversary until June. That Blu-ray release will include a cast reunion and a chapter called Vintage Ferris Bueller: The Lost Tapes.