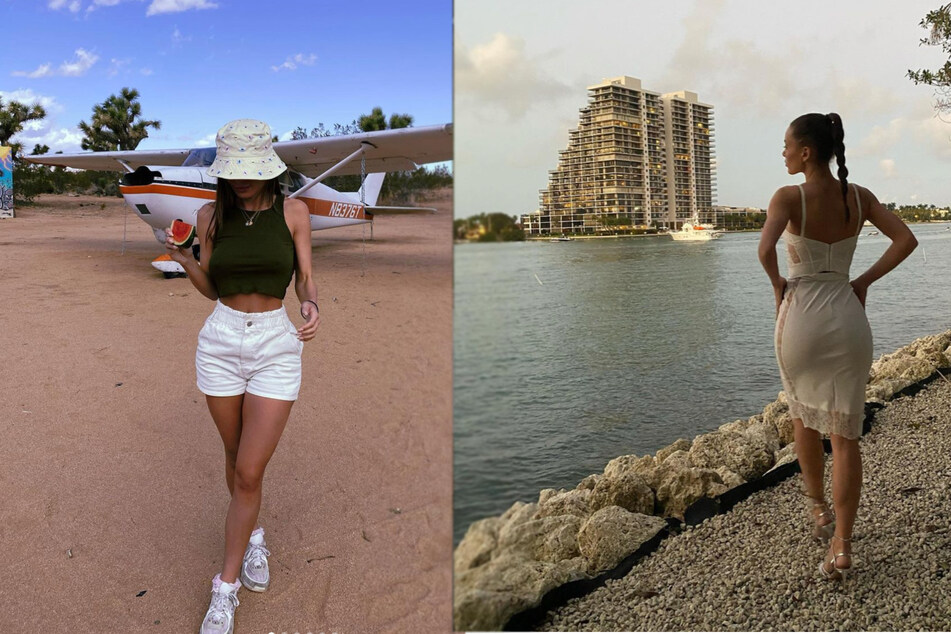 Los Angeles, California - When she was just a teen, Lana Rhoades started a career that was promised to be sexy, fulfilling, and bring her fame. She now looks back on how misled she was by an industry that used her and abused her.

During the podcast, she broke down in tears as she talked about some of the "humiliating" scenes she shot as a teenager.

But the influencer, who has 14.8 million subscribers on her Instagram page, now sees her decisions at the time were at best naive.

Greasy movie producers knew exactly how to "manipulate 18- to 20-year-olds," she said, adding that she ended up doing things that she didn't really want to do.

Her' childhood was very painful, and she sought refuge in watching the glamours lives of Playboy models on TV, believing at even a young age that she would grow up to have a similar lifestyle. But the reality of the industry was frightening.

As the requests from agents and producers became more and more extreme, she was afraid to go to work.

"I'm not saying every scene I've done has been terrible, but there are a handful that were enough to do damage," Rhoades said.

"There were three to five that were really traumatic for me – whether I was sent to a set with someone who was way too old... or pressured to do something I was afraid to do because it was too extreme, that can definitely be very traumatic."

After only eight months, the young woman turned her back on the industry, but thanks to her success on social media and her many fans, Lana Rhoades is doing well today, earning tens of thousands of dollars a month.