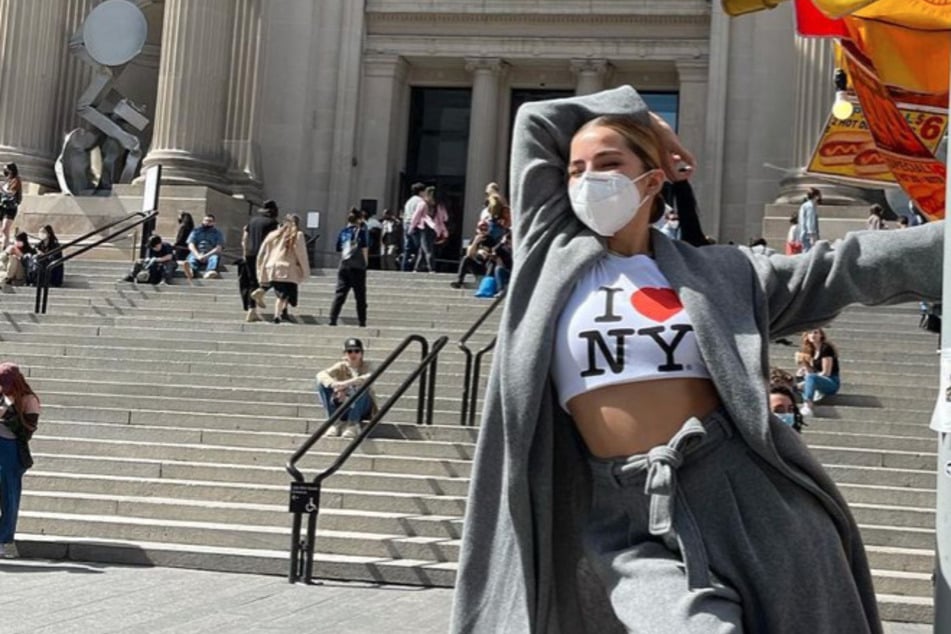 People are not amused after TikTok sensation Addison Rae was spotted greeting fans in New York City with a plastic shield in front of her face.

New York, New York - People are not amused after TikTok sensation Addison Rae was spotted greeting fans in New York City with a plastic shield in front of her face instead of a mask.

The 20-year-old influencer Addison Rae, who became a sensation among Gen Z'ers through her viral dances, recently came to New York to appear on The Tonight Show Starring Jimmy Fallon.

But upon leaving the studio, she was caught on camera posing for pictures with fans – and her face covering wasn't exactly what the CDC recommends.

What exactly she was holding in front of her face remains unclear, but Twitter users came up with some wild guesses.

"Can someone explain addison rae using that oversized wine glass as a face mask?" one asked.

Others said the "shield" reminded them of a candy scooper or a plastic spoon.

The topic was quickly picked up by a TikTok user, who was inspired by Addison's failed mask attempt and created her very own version of a mask in a now-viral video.

The CDC urges people to wear masks with at least two layers. They should completely cover the nose and mouth and fit snugly around the face.