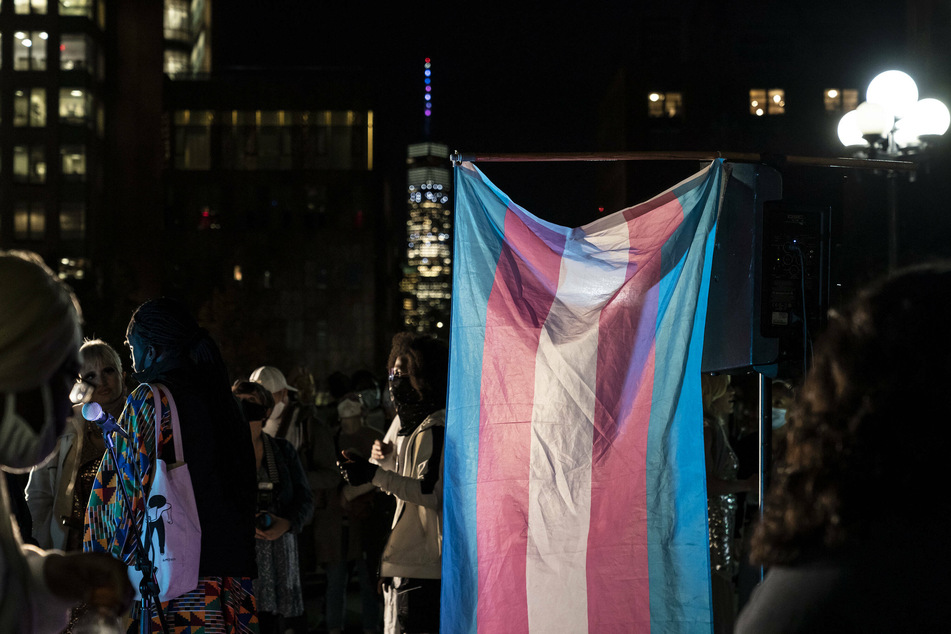 Two women who spread transphobic stickers throughout New York have sparked outrage as hate crimes against the community continue to rise.

Simon Chartrand was walking down West 144th Street in Hamilton Heights on Sunday, January 31, when he and his partner noticed transphobic stickers throughout the neighborhood, he told NBC New York.

Among the flyers was a small pink sticker with a black text that said "transwomen are men, and most have a penis."

When Chartrand spotted two women slapping the hateful messages onto lampposts and walls along the sidewalk, he didn't think twice about calling them out.

"You know being transphobic kills people? You want to kill innocent people with your hatred?" Chartrand asked them, according to Facebook footage, which he has since made private. The women didn't respond and proceeded towards Broadway.

But at one point, one of the women called Chartrand a "mysoginist," to which he replied, "It's not misogynist, you're transphobic."

The hateful incident hit particularly close to home for Chartrand, who is not only transgender himself but also works at Translatinx Network, a nonprofit fighting for the rights and safety of transgender and gender-nonconforming New Yorkers.

"They kind of said it matter of factly like without emotion. Me, I was acting on emotion," recalled the activist, who said he was still dealing with his feelings in the aftermath of the hate act.

"These stickers are a deliberate and dangerous attempt to target members of our community," Levine told Gay City News. "Rhetoric like this can all too easily escalate to violence. Our community rejects this hatred in the strongest possible terms. And we say very clearly: transwomen are women."

How the city plans to respond to the incident is unclear. But according to New York's sanitation code, it is illegal to post stickers on public spaces, and a one-time violation carries a fine of up to $200. If charged, the women would also have to pay for the removal of the unauthorized postings.

2020 was the deadliest year for transgender Americans since records began in 2013. The Human Rights Campaign counted at least 44 violent deaths of trans and gender non-conforming people last year. The actual number is likely greater, as not all victims are correctly identified.