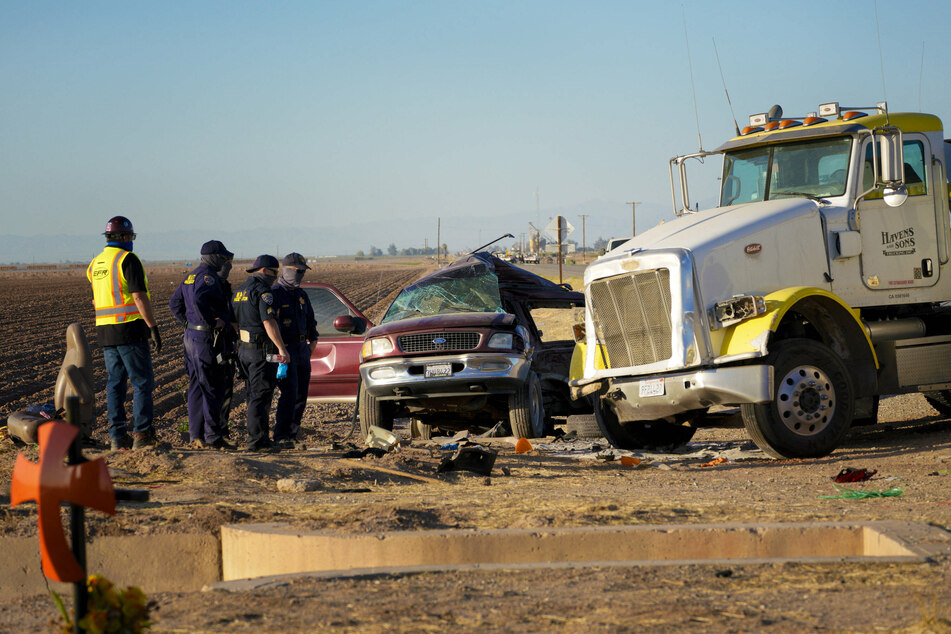 Man charged with smuggling after California car crash that killed 13

A man has been charged with organizing a smuggling event that led to the deaths of 13 Mexican and Guatemalan nationals.

San Francisco, California - After 13 Mexican and Guatemalan nationals were killed in the crash of an overloaded vehicle in California, a man has been charged with organizing the smuggling event that led to their deaths.

The suspect is a 47-year-old who was taken into custody on Monday night as he crossed into the US from Mexico, the US Justice Department said Tuesday.

He was charged with conspiracy to bring foreigners to the US outside a port of entry, causing bodily injury or placing a life in jeopardy, and bringing in foreign nationals without presentation for financial gain.

According to the complaint, border authorities said smugglers drove two vehicles into California from Mexico through a hole in a border fence on March 2.

Shortly after, border agents were called to the scene of an accident near the border town of El Centro. A truck had collided with an SUV at a highway intersection.

A border agent recognized one of the vehicles as an SUV that had breached the border fence earlier.

A total of 25 migrants from Guatemala and Mexico were in the SUV. 13 people died in the crash, with some others severely injured.

There were only two seats for the driver and front passenger, and no seats or safety belts in the back of the vehicle.

"These smuggling networks seek maximum profit by moving as many people as possible across the border with zero regard for their safety and well-being," said Acting US Attorney Randy Grossman.

"Cramming dozens of people into eight-passenger vehicles and driving recklessly to avoid detection shows an utter disregard for human life."