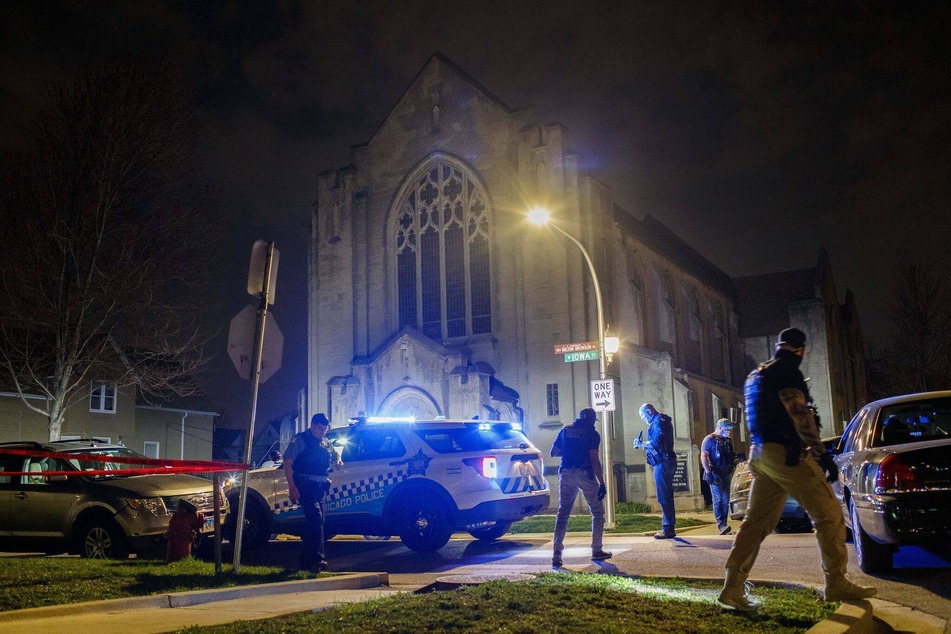 At least seven people were shot to death in Chicago on Easter Sunday in separate attacks across the city, according to local police.

Chicago, Illinois – At least seven people were shot to death in Chicago on Easter Sunday in separate attacks across the city, according to local police.

In the most recent fatal shooting, officers were dispatched to the 6800 block of South Throop Street in Englewood at about 11:20 PM, according to an online statement from Chicago police. There, a 45-year-old man was found lying on the ground with multiple gunshot wounds to his chest, officials said.

The man’s injuries were so critical that he wasn’t able to provide police with an account of what happened, the statement says. He was taken to the University of Chicago Hospital, where he was pronounced dead, according to the medical examiner’s office.

Around 7:55 PM, two men, ages 19 and 20, were shot in the 1400 block of North Humboldt Drive in the West Side neighborhood of Humboldt Park, police said.

The men had been traveling north in a vehicle "when two unidentified males approached the vehicle from the rear on two orange dirt bikes and began shooting at the vehicle as they passed the driver side door," according to the police statement.

The 19-year-old, who had been driving, was shot in the neck. He was taken to Stroger Hospital where he died.

The passenger, a 20-year-old man, suffered a graze wound to the head and three gunshot wounds in his upper back. He was taken to St. Mary’s Hospital, where he had been listed in critical condition, police said. No updated condition was available Monday morning.

In Brainerd, on the city’s Far South Side, officers were called to the 9800 block of South Throop Street just before 6:15 PM, police said.

They discovered a 25-year-old "in the backyard of a residence unresponsive with a gunshot wound to the head," police said. He was taken to Advocate Christ Medical Center in Oak Lawn where he died.

In the Northwest Side Portage Park neighborhood, officers were called to the 3500 block of North Austin Avenue around 4:30 PM, police said.

Two men were in a physical altercation in a parking lot, when one pulled a gun and shot the other in the chest, officials said.

A 28-year-old man was taken to Loyola University Hospital, where he died.

At 2:15 PM, officers were called to the Southwest Side neighborhood of West Pullman for a report of a shooting. In the 11500 block of South LaSalle Street, a man had been shot in the neck, police said.

A 38-year-old man had been driving his vehicle south on LaSalle when he stopped in the middle of the street in the 11500 block, "and had a brief conversation with (a man) who approached the driver’s window," police said.

It wasn’t immediately clear why he stopped his vehicle or whether he knew the man he spoke with. At some point, the man on foot drew a gun and shot the 38-year-old in the neck, according to authorities.

The man died at the scene, police said.

Detectives are investigating a homicide in Little Village

Another man was killed in Little Village about 12:15 PM, police said.

Responding officers found a 28-year-old man sitting unresponsive in the front passenger seat of a white GMC Envoy, according to police. He had suffered a gunshot wound to the back of his head and later was pronounced dead, officials said.

The rear window of the Envoy had been "damaged from gunfire," according to a police statement. It wasn’t clear how long the man had been sitting there or what happened to the driver of the vehicle.

"Detectives are investigating as a homicide," the police statement said.

The earliest homicide on Easter happened about 1:30 AM in Roseland, on the South Side, according to authorities.

Police said a 31-year-old man had been outside and got into an argument with two people. One of those people shot the man more than a dozen times, police said.

The victim was taken to Advocate Christ Medical Center with 14 bullet wounds, mainly to his upper chest, and he was pronounced dead, police said.

At some point during that argument or when the shooter drew their weapon, a 45-year-old man "attempted to intervene," according to a police statement.

The 45-year-old also was shot. He suffered two gunshot wounds to his chest and "was initially listed in critical condition," and he was taken to Advocate Christ Medical Center for treatment. There was no update on his condition Monday morning.

Detectives are investigating the homicides, as well as at least 10 other people who were shot in the city on Sunday, police said. Three of those people were shot in the Police Department’s Central District, which covers the Loop and the South Loop.

No arrests had been made. The Cook County medical examiner’s office had not identified the deceased early Monday.