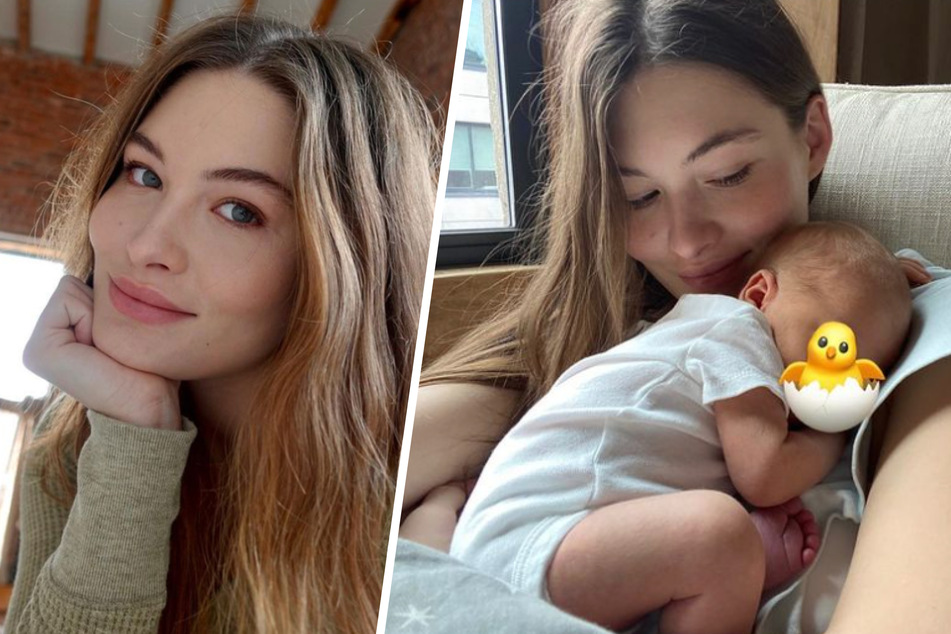 On Tuesday, the 24-year-old announced the exciting news of the birth of her first child by sharing a picture from her new Victoria's Secret Mother's Day campaign on Instagram.

In the black-and-white shot, the new mom cannot stop smiling as she presents her huge baby belly to the world – wearing only a black bra and a pair of jeans.

"I write this teary eyed; with a smile from ear to ears", she captioned the heartwarming picture. "Today we announce our little man to the world... world meet Noah."

Her fans were shocked in the best possible way. The young model had kept her entire pregnancy a secret as she "wasn't ready to share him with the world yet."

"My husband and I really just wanted to live in those precious moments and give our unborn baby the love and attention he needed to grow without outside eyes or expectations. Just us. And it was absolutely beautiful," Grace said.

Only one day after shooting for Victoria's Secret, she and her husband Nicolas Krause were able to hold their son in their arms.

Grace's contraction started as soon as she arrived on set

"When I received the call for the Mother's Day campaign with @victoriassecret I couldn't believe they wanted to shoot me 9 months pregnant," she continued, adding that she cried during the interview of the shoot.

"That's when it really hit me – he was on his way. After 9 months of carrying him around in my belly I was finally going to hold him in my arms, look into his eyes, and hold his little hands."

As soon as Grace arrived on set, her contractions started. "They were 10 minutes apart and by 5 p.m. the next day Nico and I checked into the hospital where out beautiful boy was born 18 hours later."

And that's when the whole room fell silent and everything but her son's face and breathing blurred out: "In that moment my heart grew 6lb and 11oz."