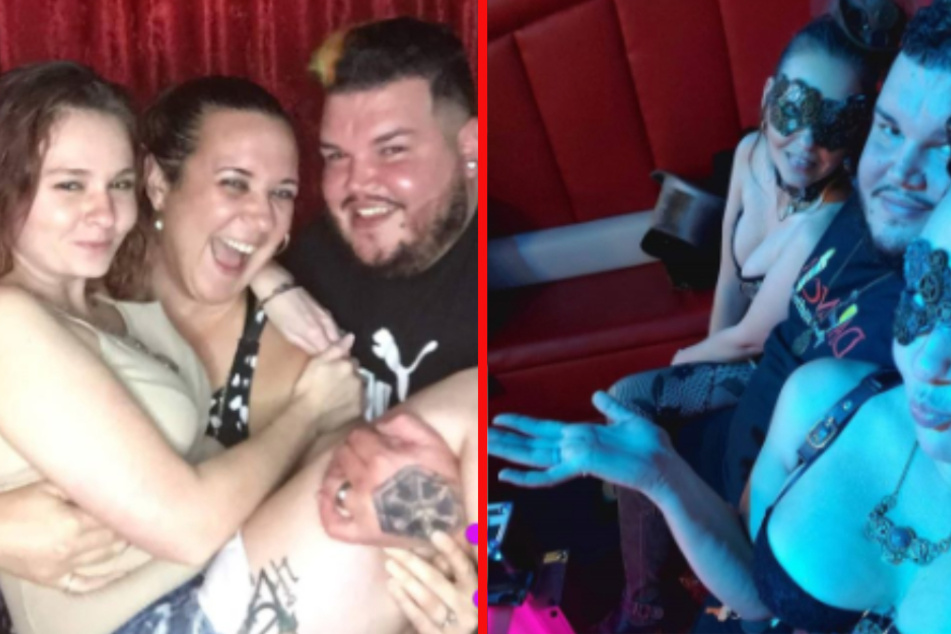 Three's company: married couple open up their relationship to a third partner

Stephanie and her husband Hector recently started polyamorous relationship with a woman named Carissa and now they all live together with their children.

Hairdresser Hector (30) and the veterinary specialist Stephanie (31) started dating in 2008 and got married two years later. They have two children named Zoey (12) and Gabby (5).

But these days, their family has almost doubled in size. Hector and Stephanie decided that limiting their love to each other was selfish and decided to look for someone to join their relationship.

They found the perfect addition in receptionist Carissa Barclay. The 30-year-old moved in with her three children Gavin (9), Sawyer (6), and Hayden (3).

The trio told the Daily Mail that their children have all taken to the transition pretty well. Only Stephane and Hector's daughter Zoey, who is the oldest, has had a hard time dealing with the big new configuration.

Hector and Stephanie first started looking for potential new partners on Facebook Dating. When they found Carissa, both had a good feeling. They began talking online, and then decided to meet for coffee.

"We met for coffee at Starbucks for two hours but it felt like minutes. The conversation just flowed and the chemistry was definitely there," Carissa told the Daily Mail.

After that first date, everything moved pretty fast and Carissa soon moved in with the married couple and their children.

Unfortunately, have had to cut ties with some extended family members, who don't approve of their new relationship.

The lovers emphasize that there is nothing promiscuous or strange about their love triangle. Hector said, "We are a closed triad meaning we are not seeking additional partners and not having relationships outside of the triad." In plain terms, that means that the three are faithful to each other and don't have sex with people outside their relationship.

Hector described their relationship as, "real, it's valid, and it's our normal."