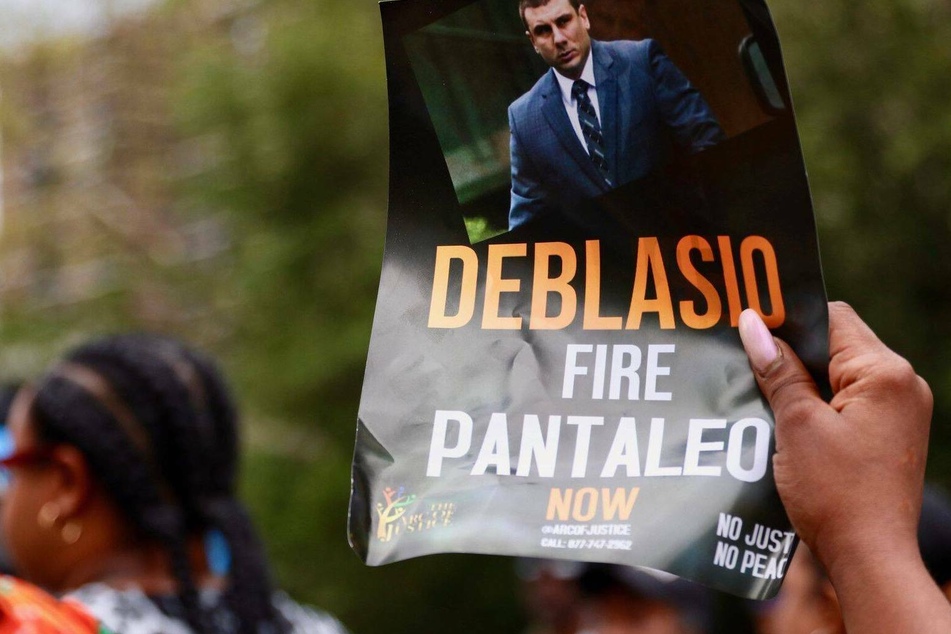 Daniel Pantaleo, who was fired from the NYPD in 2019 over the chokehold death of Eric Garner, has lost an appeal to get his job back.

New York, New York - Former police officer Daniel Pantaleo, who was fired from the New York Police Department in 2019 over the chokehold death of Eric Garner, has lost an appeal to get his job back.

"We do not find the penalty 'so disproportionate to the offense, in light of all the circumstances, as to be shocking to one's sense of fairness,'" the panel wrote.

"Conduct far less serious than petitioner's has been found by the Court of Appeals to have a 'destructive impact ... on the confidence which it is so important for the public to have in its police officers.'"

Pantaleo's lawyer Stuart London said: "Obviously, my client is disappointed in the judges' reasoning as well as the decision. We're examining our options on whether to move forward with the Court of Appeals."

Pantaleo sued the NYPD two months after his firing to get his job back, and argued that the penalty was excessive.

The deadly encounter between Pantaleo and Garner occurred on July 17, 2014, outside a bodega on Staten Island. Garner was approached by cops for selling loose cigarettes. The meeting ended with Pantaleo putting Garner in a chokehold.

Pantaleo remained on the force for five more years as the Justice Department conducted an investigation, but ultimately declined to charge him with civil rights violations.

Then-NYPD Commissioner James O’Neill fired him after a disciplinary trial in which Pantaleo was found guilty of assault and acting recklessly.

"Substantial evidence supports respondents’ conclusion that petitioner recklessly caused injury to Eric Garner by maintaining a prohibited chokehold for 9 to 10 seconds after exigent circumstances were no longer present, thereby disregarding the risk of injury," the panel wrote.