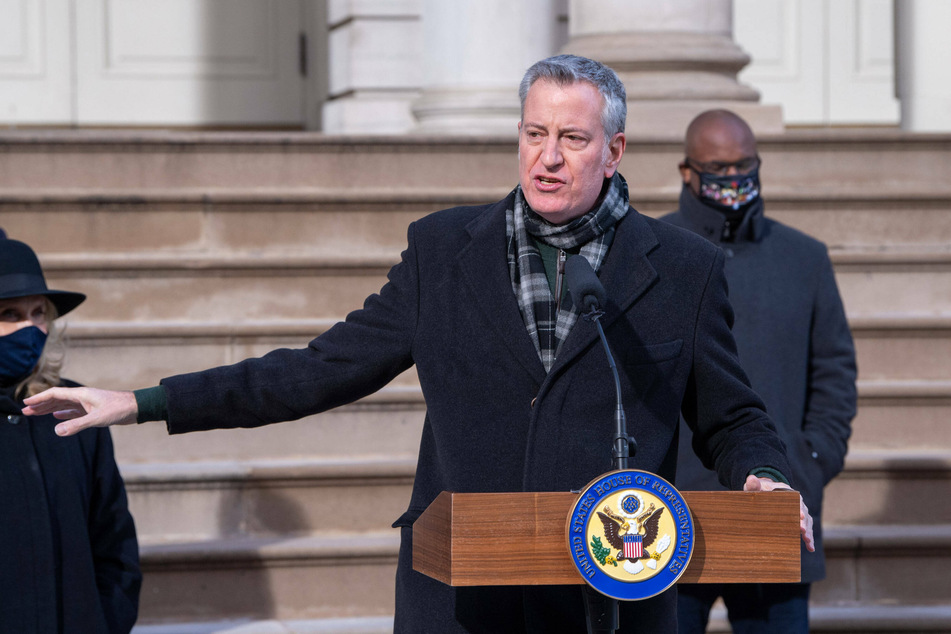 NYC to cancel all contracts with Trump Organization after Capitol attack
Jan 13, 2021 4:34 PM

NYC to cancel all contracts with Trump Organization after Capitol attack

New York City will terminate all of its management contracts with the Trump Organization.

New York, New York - New York City will terminate all of its management contracts with the Trump Organization, in a move that will cost the outgoing president millions of dollars in annual revenue, Mayor Bill de Blasio said Wednesday.

"I’m here to announce that the city of New York is severing all contracts with the Trump Organization," de Blasio said in an interview on MSNBC.

The decision comes after last week’s attack on the US Capitol.

De Blasio said the Trump Organization earns about $17 million a year in profits from its four contracts to run two ice skating rinks and a carousel in Central Park as well as a golf course in the Bronx.

The city can legally break terminate a contract if the company's leadership broke the law, the mayor said.

De Blasio is referring to Trump's rally for alleged election fraud on January 6, after which his followers violently breached the Capitol, resulting in five deaths.

The city will seek new partners for the four sites, the mayor said.

While Trump will have his name removed from the rinks, the carousel and the golf course, he will still operate Trump Tower on Manhattan’s Fifth Avenue and the Trump International Hotel on Central Park West.