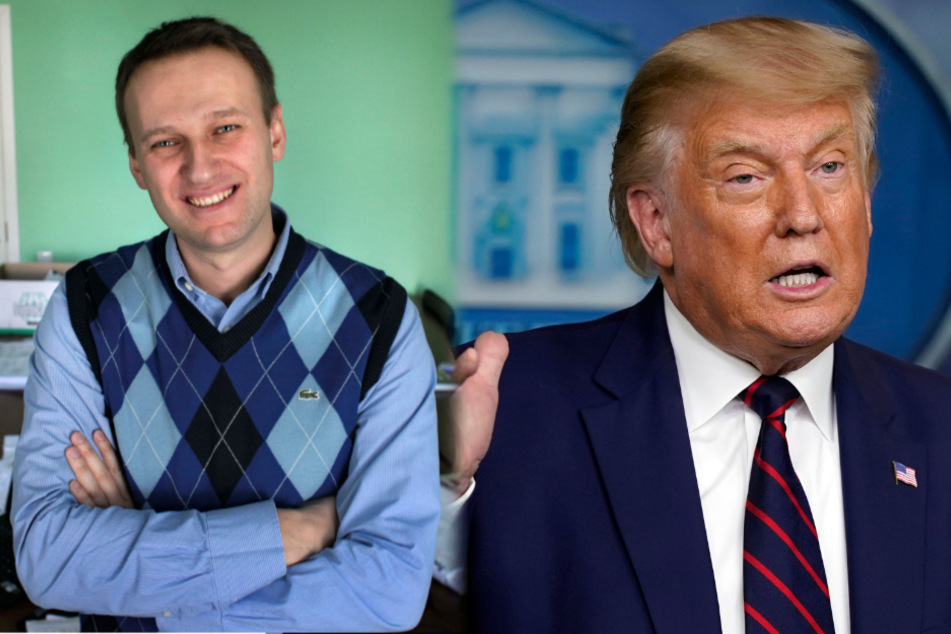 Trump: US government has no proof of Navalny's poisoning

Donald Trump refuses to condemn Russia for the poisoning of Alexei Navalny, claiming the U.S. government has yet to see any definitive proof.

Washington D. C. - President Donald Trump refuses to condemn Russia for the poisoning of Alexei Navalny, claiming the US government has yet to see any definitive proof. At the same time, Trump said he had no doubts about Germany's findings.

"I don't know exactly what happened, I think it's tragic. It's terrible, it shouldn't happen. We haven't had any proof yet, but I will take a look," Trump said during a White House press briefing on Friday when asked about his stance on the poisoning of the Russian opposition leader.

The German government has said there is unequivocal proof that Navalny was poisoned with the military-grade nerve agent Novichok. The Kremlin critic fell into a sudden coma during a domestic flight in Russia. After his family fought for him to be taken to Germany, he is now being treated in Berlin.

Trump said he was still waiting to see the German investigator's findings. “I would be very angry if that’s the case,” he added, referring to the possibility of  the allegations being confirmed.

Meanwhile, Russia denies being involved in the poisoning of the 44-year-old politician.

Trump denounced Germany for the controversial Nord Stream 2 gas pipeline project. He said he couldn't understand why Germany was doing business with Russia while at the same time imposing sanctions on Moscow and then expecting the U.S. to provide military protection.

In this matter, Trump is no longer as isolated. More German politicians have  been calling on their government to abandon the pipeline project after Navalny's poisoning.