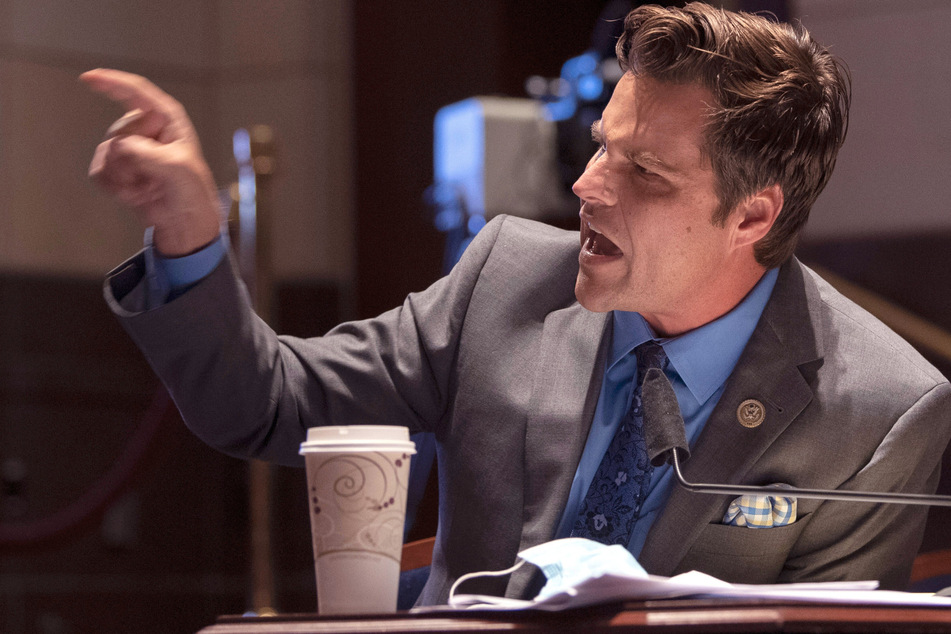 Matt Gaetz defended himself against allegations involving sex with underage girls and trafficking as a former aide vouched for his embattled ex-boss.

The staunchly pro-Trump lawmaker used very specific phrases to deny having sex with a 17-year-old and paying for sex.

But the 38-year-old also acknowledged having an active "lifestyle," before getting engaged last year.

"I am a representative in Congress, not a monk, and certainly not a criminal," Gaetz wrote in an op-ed piece for the right-wing Washington Examiner news outlet. "My lifestyle of yesteryear may be different from how I live now, but it was not and is not illegal."

Gaetz lashed out at Democrats and liberal media for smearing him as part of what he called an attack on all conservatives.

"They aren’t coming for me – they are coming for you. I’m just in the way," Gaetz said.

The beleaguered lawmaker devoted just 12 words in the op-ed piece to a supposed $25 million extortion plot he had previously floated as his primary defense to the sex charges.

Gaetz did catch a break when his former military liaison stepped up to defend him.

Retired Air Force Captain Nathan Nelson, a wounded Afghan war veteran who now works as a tech executive, said he had never seen or heard Gaetz do anything illegal.

Nelson refuted rumors that he quit his post as Gaetz’s military affairs liaison last November over the growing sex scandal.

Nathan Nelson says he is still affiliated with Gaetz's office

Gaetz tweeted that the FBI’s questioning of Nelson somehow discredits the probe, without elaborating.

Nelson dodged questions about why an announcement of the event was issued on the official taxpayer-funded letterhead of Gaetz’s congressional office.

Nelson was paralyzed from the chest down in a 2013 rocket attack on his base in Afghanistan, where he was serving his third tour of duty as an Air Force intelligence officer.

Gaetz has admitted he is the subject of a federal investigation sex trafficking charges and other charges.

The three-term lawmaker was caught up in the probe of his friend and political ally Joel Greenberg, a former Orlando, Florida-area official who is awaiting trial on 30 counts involving various alleged misdeeds, including sex with underage girls.