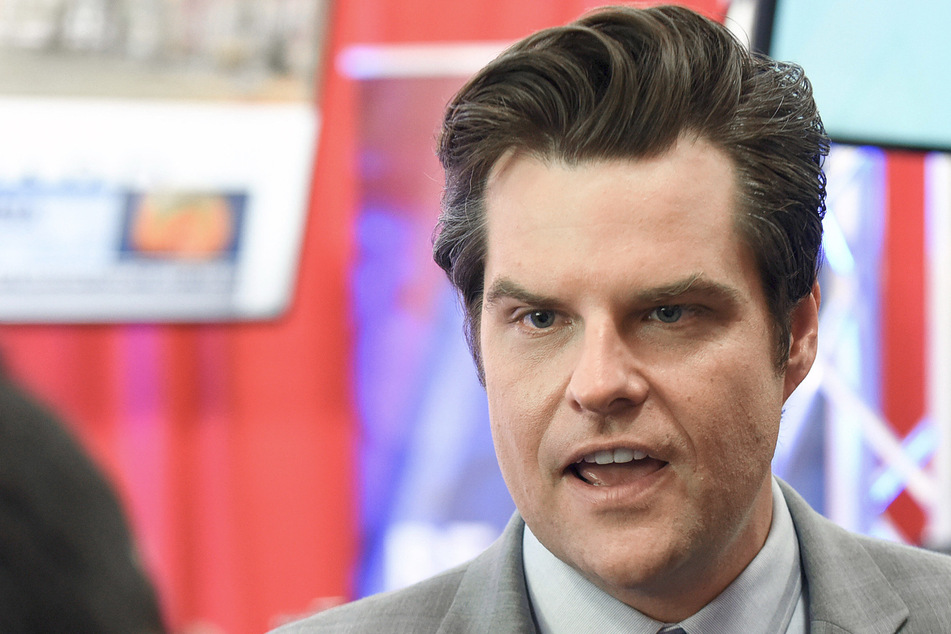 Florida Representative Matt Gaetz is expected to speak at a Women for America First gala in the Sunshine State despite federal sex trafficking allegations.

Doral, Florida – Florida Representative Matt Gaetz is expected to speak at a Women for America First gala in the Sunshine State this Friday as he remains under fire amid allegations that he paid for sex with an underage girl.

Gaetz, who vehemently denies the allegations, will be the keynote speaker at the Save America Summit, which will take place at former President Donald Trump’s golf club in Doral this week, the Women for America First group said Tuesday.

"Rep Matt Gaetz has been a fearless leader in DC. Few members of Congress have been more willing than Matt to stand up & fight on behalf of President Trump & his America First Agenda," the group tweeted. "We are honored."

Gaetz returned the favor, tweeting back at the group: "Thank you to 'Women for America First' for the invitation to share my vision for our great nation."

According to the group’s website, attendants have to dish out at least $500 for the Gaetz speech, which will also feature "BBQ, Boots & Bluegrass."

Gaetz, a controversial conservative who remains one of Trump’s most ardent allies in Congress, is reportedly under investigation by the Justice Department for allegedly having sex with an unidentified 17-year-old girl in exchange for covering her expenses, including travel and accommodation.

Prosecutors are investigating whether Gaetz violated sex trafficking laws by allegedly maintaining a relationship with the teenager, according to reports. The Gaetz probe grew out of a large federal inquiry into Joel Greenberg, a local Florida official who’s close with Gaetz and was indicted last year on a range of sex trafficking charges.

Gaetz contends he’s being falsely accused by a former Justice Department official who’s trying to extort his family for millions of dollars. At the same time, he has claimed that Biden appointees at the Justice Department are pursuing the sex trafficking investigation to smear him.

But the Gaetz sex trafficking probe was opened by the Justice Department while Trump was still in office, according to the New York Times, which first reported the existence of the inquiry.

In another twist, the Times reported on Tuesday that Gaetz asked the White House last year about the possibility of Trump giving him a preemptive pardon for any crimes he may have committed. It’s unclear whether Gaetz or Trump knew at the time about the Justice Department investigation.