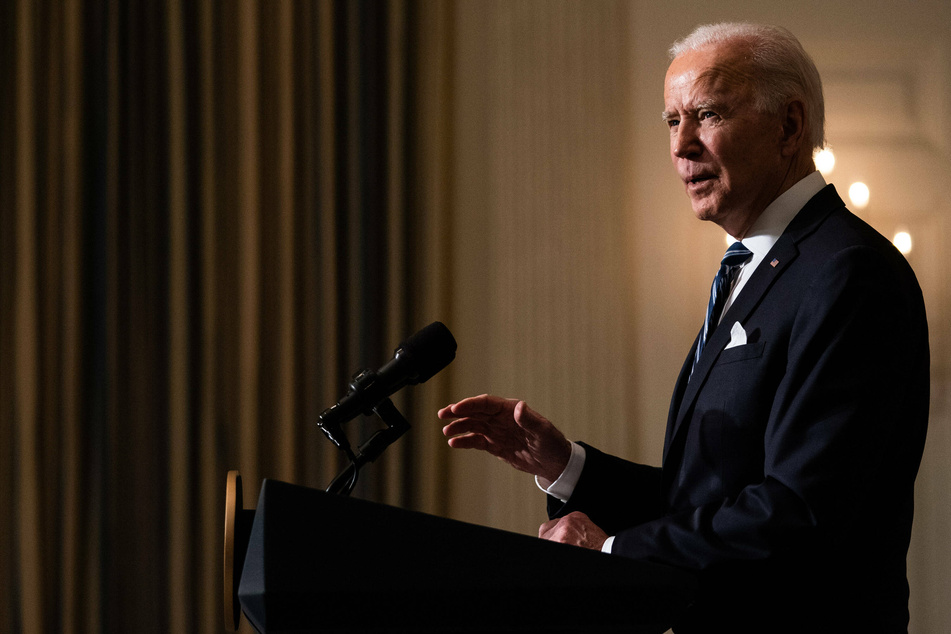 After his first week in the White House, President Biden is already more popular than Donald Trump was at any point in his four years in office.

Washington, DC - After his first week in the White House, President Biden is already more popular than Donald Trump was at any point in his four years in office.

That's the result of a new poll released by the Monmouth University on Wednesday.

The survey shows that 54% of voters approve of Biden’s performance, compared with 46% who approved of Donald Trump’s work in a Monmouth poll released last November.

The 46% approval rating marked Trump's high point during his four-year-tenure.

By contrast, 30% of respondents in the latest poll said they disapprove of Biden's job in the opening days of his presidency, while another 16% abstained from any opinion on his performance.

"Not once during Trump’s term did he have a majority of Americans behind him," Patrick Murray, the director of the Monmouth University Polling Institute, said.

However, opinions remain sharply divided along party lines, as 90% of Democrats and 47% of independents approved of the new president, compared to just 15% of Republicans.

Americans are more optimistic about Biden's presidency than they were about Trump's in his first days as 61% of respondents said they feel good about. the new president's agenda compared with 50% who said so about Trump. Just 35% said they were pessimistic about his new policies in the White House, which stands in contrast with 43% who voiced distrust when Trump moved to Washington DC.

Since Inauguration Day, Biden has reversed a bunch of Trump's most controversial decisions. That includes re-entering the Paris Climate Agreement and the World Health Organization.

The newly inaugurated president also signed an executive order repealing the ban on transgender people serving openly in the military and lifted the "Muslim Ban."