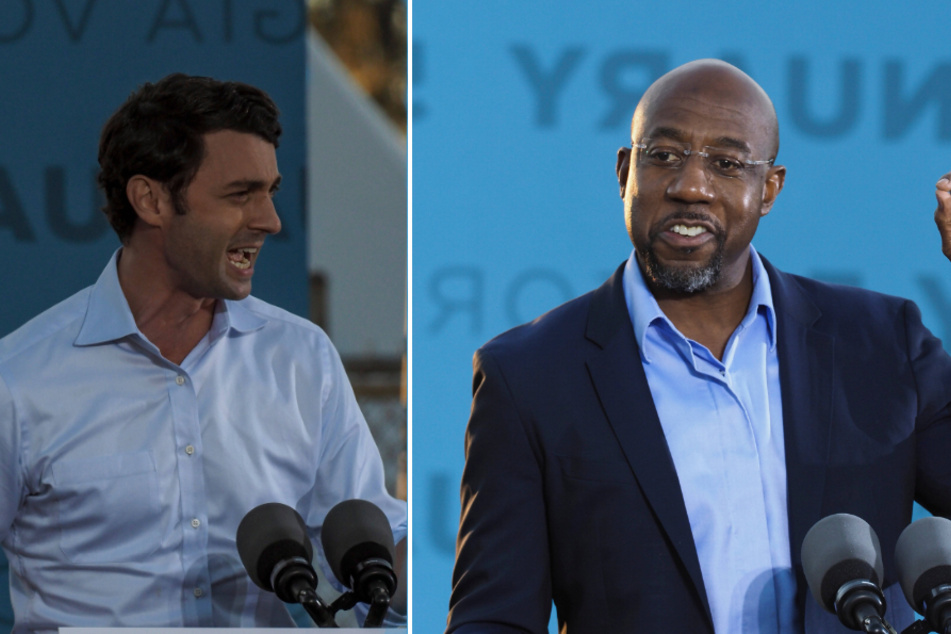 Democrats on brink of controlling Congress after tight Georgia runoffs

Atlanta, Georgia - One Democratic candidate in Georgia's twin Senate runoff elections was projected the winner over his Republican opponent, while the other Democratic hopeful held a narrow lead, as the final votes in the southern state were being tallied early Wednesday.

The stakes are enormous for US President-elect Joe Biden's legislative agenda: If both Democrats win, the Senate will be split 50-50 with Vice President Kamala Harris as the tie-breaking vote.

Democrat Raphael Warnock was projected by multiple US media outlets to have won his race against the incumbent Republican senator, Kelly Loeffler.

Warnock, a 51-year-old newcomer to politics who is a pastor for the Atlanta church where civil rights leader Martin Luther King Jr preached, had a one percentage point lead with almost all ballots counted.

Warnock would be the first Black person to represent Georgia in the US Senate.

"Tonight, we proved that with hope, hard work, and the people by our side, anything is possible," he told his supporters in an online speech shortly before US news organizations called the race for him.

Loeffler, however, insisted there was "a path to victory, and we're staying on it."

In Tuesday's other tight race, Jon Ossoff, the 33-year-old former head of a documentary film company, had a knife's edge lead over Republican candidate David Perdue, 70.

With just a few thousand votes separating them, US media had not yet projected a winner.

"When all the votes are counted we fully expect that Jon Ossoff will have won this election to represent Georgia in the United States Senate. The outstanding vote is squarely in parts of the state where Jon's performance has been dominant," a campaign statement said.

A question hanging over the final tally of votes was whether there would be a recount. In Georgia, a losing candidate can seek a recount if the final official result is within 0.5%.

The run-offs, a quirk of Georgia state law, were held because no candidate succeeded in garnering the 50% of the vote needed to win the November election.

Democratic control of both chambers of Congress and the White House would significantly empower the party to pass its agenda.

Democrats control the lower chamber, the House of Representatives, by a narrow majority. President-elect Biden will be sworn into office on January. 20.