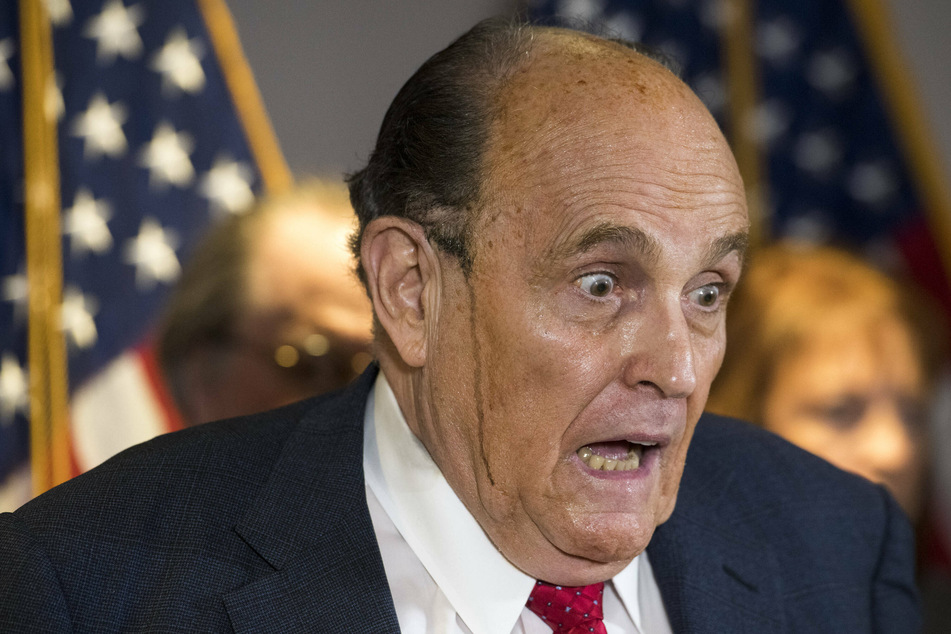 Trump's lawyer Rudy Giuliani caused a stir at a press conference where his wild conspiracy theories – and his hair dye – began to run away with him.

Washington D.C. – President Trump's lawyer Rudy Giuliani expressed deep concerns about "electoral fraud" at a press conference on Thursday. Instead, he should have been paying a little more attention to his own appearance.

President Trump's personal attorney Rudy Giuliani (76) made quite a splash at a 90-minute press conference on Thursday.

During the briefing, Giuliani embarked on an angry tirade rife with conspiracy theories. The lawyer did not offer any evidence to support his assertions that widespread voter fraud impacted the 2020 presidential election. In the midst of his diatribe, Giuliani's horseshoe-shaped hair began to drip.

A host of federal elections experts and bipartisan officials has already debunked claims that voter fraud posed a genuine threat to election security. Trump's legal team continues to push the fraud narrative in an effort to delegitimize the election results.

Was Giuliani's merely a simple dye job gone wrong, or was the lawyer melting under the pressure of his own lies?

Is Rudy Giuliani the next Wicked Witch of the West?

As Giuliani talked himself into rage, his hair seemed to get worked up right along with him.

Live TV cameras captured streams of what appeared to be hair dye flowing down his cheeks. In one clip, Giuliani wiped his face with a handkerchief, but apparently missed the dark streaks on the sides of his face.

As Giuliani elaborated his wild theories, amused viewers watched him veer off into a dubious impression of Joe Pesci in the 1992 comedy My Cousin Vinny. It was all part of a convoluted argument about Republican observers not being able too supevise the ballot count properly.

Regardless of the cause, many agreed: it's not a good sign when your attorney starts to "melt" on national television.