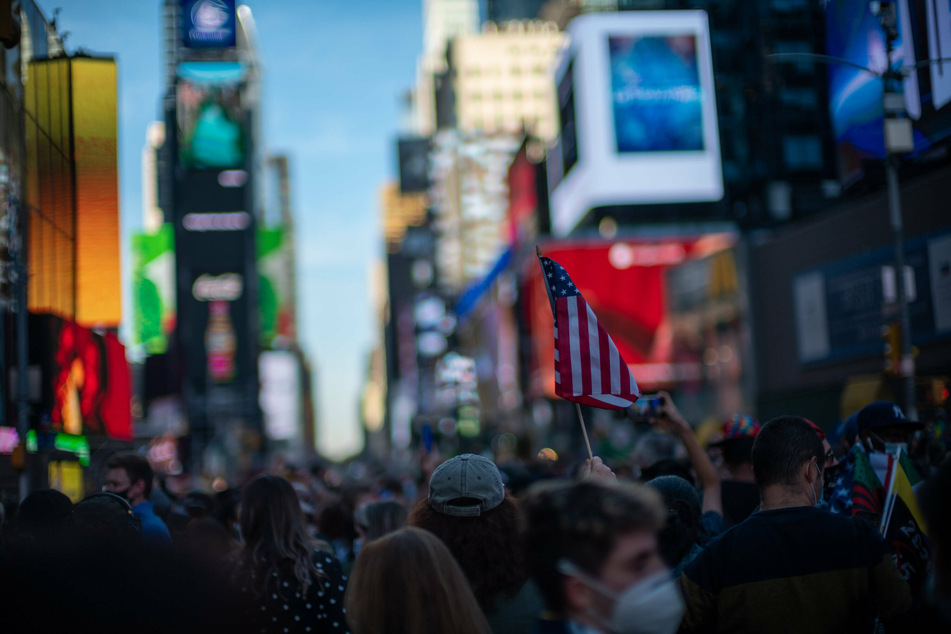 "We got America back": Biden win sparks street parties in US cities

The news that Joe Biden defeated Donald Trump in the race for the White House sparked impromptu street parties in Democratic strongholds.

Champagne bottles popped, cars honked, and crowds cheered as Democratic strongholds across the United States erupted in wild celebrations after news broke that Joe Biden (77) had defeated Donald Trump (74) in the race for the White House.

In the nation's capital, jubilant crowds formed on the roads outside the White House, taking to the same streets where federal police used tear gas to push back demonstrators so that Trump could walk across a park for a photo op in front of a church.

"I am very happy. It's been a roller coaster. A real roller coaster of emotions up to right now, today," Ezra Goodman, 26, told the German press agency DPA, holding up a "Trump is over" sign.

In the background was a sea of US and Black Lives Matter flags, accompanied by people carrying large speakers blasting out Trump's campaign song YMCA and NSYNC's Bye Bye Bye.

For many, the organic outpouring of elation came after several nail-biting days during which votes were being tallied in swing-states. For a brief moment even the true-believers worried Biden, a Democrat, may have lost the election.

"I was really worried for a minute there on election night," said Samantha Espinosa, who added that this was the first time she was "around so many people" since the start of the coronavirus pandemic.

"I have goosebumps all over!" she said through a mask, taking in the scenes around her of people dancing in the streets, as men hoisted women onto their shoulders and swung to the go-go funk music Washington made famous.

There were many dog walkers out-and-about holding "Biden Harris" signs, some with the campaign's blue kerchiefs around their pets' necks.

Biden has promised to welcome a "first dog" back to the White House, after Trump was the first president in years not to have a furry friend.

In New York, Trump's former home and another strong Democratic base, the mood was one of pure elation as Biden supporters gathered in Times Square and parks across the city.

"This is great, we got America back and people can start loving each other again, man," Eric Lazetski told the DPA in Brooklyn's McCarren Park.

Nearby, a man sprayed champagne high into the air before pouring it straight into the mouth of fellow revellers. People danced around them, getting drunk before lunch, as music blared from sound systems.

Most people wore face masks, which they slipped down briefly to chug drinks. They waved US and rainbow flags, as well as placards that read "fascism narrowly avoided" and "you're fired," the latter Trump's catchphrase from his days as a reality TV host.

The unseasonably warm and sunny weather matched the joyous atmosphere for the Biden fans. The sense of relief was palpable after five anxious days of awaiting the final results.

"I didn't actually realize how stressed I was until they called the vote, I almost collapsed," exclaimed Chaz, a man wearing a Biden-Harris T-shirt.

Small groups of Trump supporters gather to "stop the steal"

Hours earlier, patrons sitting outside a Brooklyn café burst into loud cheers when a man, looking at his phone, said: "Biden has been projected the winner by CNN."

A woman burst into tears, while more and more hoots of joy rung out in the neighborhood as people found out the news. People banged pots and pans on stoops and from rooftops. Throughout the day, cars honked their horns as pedestrians lining the pavements cheered.

The city is where the US Constitution was signed in 1787 and holds a special place in people's heart. It also the major metropolis of Pennsylvania, one of the crucial swing states where ballot counting was a slow process.

Once it was clear Biden had won Pennsylvania, the media was quick to declare him the winner of the election, ending the agony of the wait.

There were also scenes of jubilation in other cities, from Chicago to Atlanta and out west to hubs in California, which were only just waking up when news of Biden's win emerged.

While many across the nation rejoiced, Trump supporters appeared to gather in far fewer numbers. Some protested outside state capitols in Michigan and New York, chanting "stop the steal," USA Today reported.