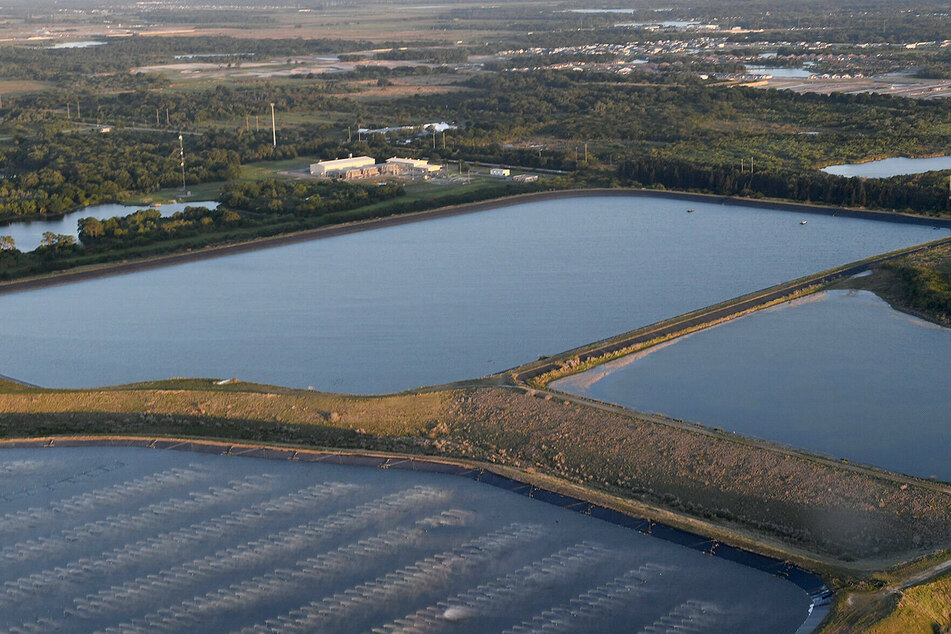 Emergency workers are trying to prevent an environmental disaster after discovering a leak in the wastewater pond of a former phosphate and fertilizer plant.

Tampa, Florida - Hundreds of homes were evacuated and a highway closed after the discovery of a wastewater basin leak at a former phosphate and fertilizer plant in Florida. Now, emergency forces are trying to prevent an environmental disaster.

According to media reports, the rupture threatens to leak up to 600 million gallons of wastewater contaminated with phosphorus and nitrogen.

Florida Governor Ron DeSantis (42) declared a state of emergency for the affected area of Manatee County, which lies about 40 miles south of Tampa.

"What we are looking at now is trying to prevent, and respond to if need be, a real catastrophic flood situation," he said on Sunday after flying over the area.

A total breach of the basin wall could trigger flooding up to 20 feet, warned the county's acting administrator, Scott Hopes.

Some 300 homes have already been evacuated, and a highway was partially closed in the area, which is not particularly densely populated.

About 350 inmates of a nearby prison were moved to the upper floors, local media reported.

Wastewater is not toxic or radioactive

The wastewater in the basin in the Piney Point area has a higher content of phosphorus and nitrogen, but it is neither toxic nor radioactive, Florida's environmental agency announced, according to media reports.

However, the flooding could lead to increased algae growth and fish deaths.

The fear is also that a collapse of the reservoir could affect other basins in the area with more dangerous residues.

The rupture occurred in a reservoir that covers about 77 acres and reaches around 25 feet deep. Since the discovery, experts have been working to pump water out of the reservoir. The National Guard has also been deployed.

Attempts to seal the rupture have so far been unsuccessful, according to reports.