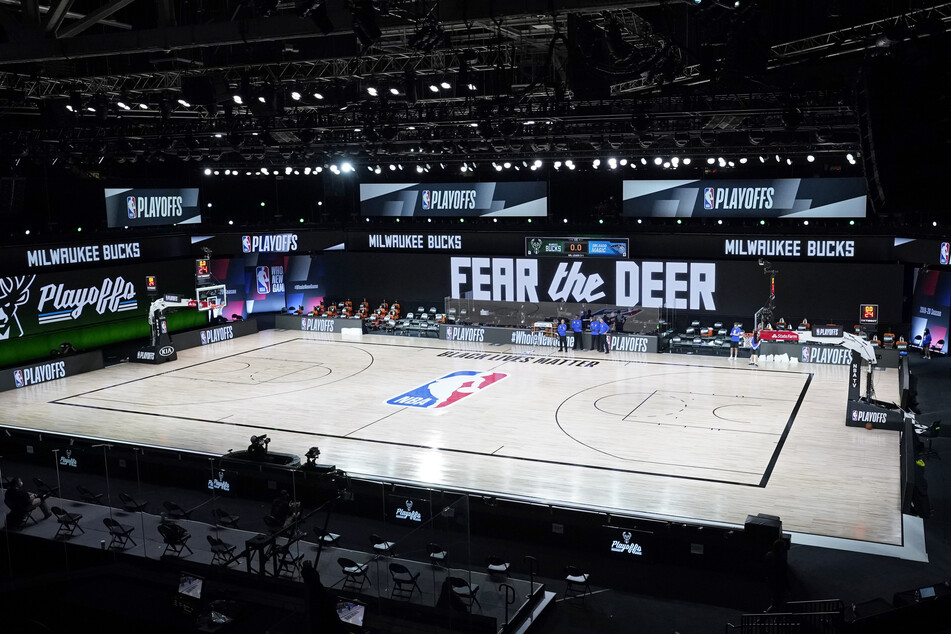 Protests against police brutality have reached a new milestone in US sports: the Milwaukee Bucks' playoffs boycott unleashed a wave of solidarity.

USA - Protests against racism and police brutality have reached a new milestone in US sports. After the Milwaukee Bucks boycotted their playoff game against the Orlando Magic, a wave of solidarity from other organizations has been unleashed.

On the anniversary of Colin Kaepernick's first anti-racism protest, US athletes have displayed their anger and disappointment at police violence in the country with an unprecedented coordination. After a historic playoff boycott from the Milwaukee Bucks, organizations and players from the NBA, MLB, MLS, and WNBA refused to play in their respective competitions on Wednesday.

Whether the bubble set up to continue the NBA season during the coronavirus pandemic can survive this move is also the subject of intense discussion. The latest instances of police brutality against Black American hit many players hard over the weekend.

Tennis star Naomi Osaka joined the protest by refusing to take the court in her US in her semi-final at the Masters in New York, originally scheduled for Thursday. Both the women's and the men's tournament has been suspended until Friday.

The Bucks' decision was endorsed by athletes from the NBA and the NFL, as well as former US president Barack Obama. "I commend the players on the @Bucks for standing up for what they believe in, coaches like @DocRivers, and the @NBA and @WNBA for setting an example. It's going to take all our institutions to stand up for our values," he tweeted.

According to the NBA, the matches will be rescheduled. The LA Lakers, led by former star player LeBron James, were hoping to progress to the second round of the playoffs by defeating the Portland Trail Blazers. The Bucks, meanwhile, were set to face the Magic.

Four years to the day since Kaepernick, then quarterback of the San Francisco 49ers, first kneeled during the national anthem in a preseason game and kick-started an emotional debate, the Bucks refused to leave their locker room on Wednesday.

In a groundbreaking move, the players stages a walkout before the fifth game of the playoff series, which they lead 3-1. This followed the police shooting of a Black man in Kenosha, which is less than an hour's drive from Milwaukee.

The 29-year-old father six Jacob Blake had been seriously injured after being shot in the back seven times on Sunday. Amateur cell phone video shows Blake walking to his car, followed by two police officers with their guns drawn. One of the officers is pointing his gun at Blake's back and begins shooting as the man opens the door on the driver's side and bends over into the car. According to the family's lawyer, three of Blake's children, aged three, five, and eight, were in the car at the time. Blake's father said that his son is paralyzed from the hip down as a result of his injuries.

Bucks pros Sterling Brown and George Hill read out a players' statement in Orlando: "Despite the overwhelming plea for change, there has been no action, so our focus today cannot be on basketball. When we take the court and represent Milwaukee and Wisconsin, we are expected to play at a high level, give maximum effort and hold each other accountable. We hold ourselves to that standard, and in this moment, we are demanding the same from our lawmakers and law enforcement."

LA Clippers Coach Doc Rivers also expressed his pain and anger in an emotional speech: "It's amazing why we keep loving this country and this country doesn't love us back," he said in response to the video of Blake's shooting.

The WNBA, like the NBA, cancelled all games scheduled for the day. In Major League Soccer, five of the day's six games did not take place, and Major League Baseball also cancelled its matches on Wednesday.

"I've never seen anything like this. You've got to give the Milwaukee Bucks a lot of credit...it took great courage," basketball legend Charles Barkley told CNN.

LeBron James and other NBA also have their say

LeBron James tweeted only minutes after the Bucks' decision became clear: "F*** this man!!! We demand change. Sick of it". Donovan Mitchell of the Utah Jazz also called for change on Twitter.

Anti-racism protests had been going on for months all over the United States when players entered the NBA-bubble in Florida.

Some of them felt that restarting the season would take away focus from these important issues.

Players and coaches had been asked to speak about the deaths of George Floyd and other Black Americans on an almost daily basis. Wednesday's  bombshell was unprecedented and will continue to reverberate across US sports.