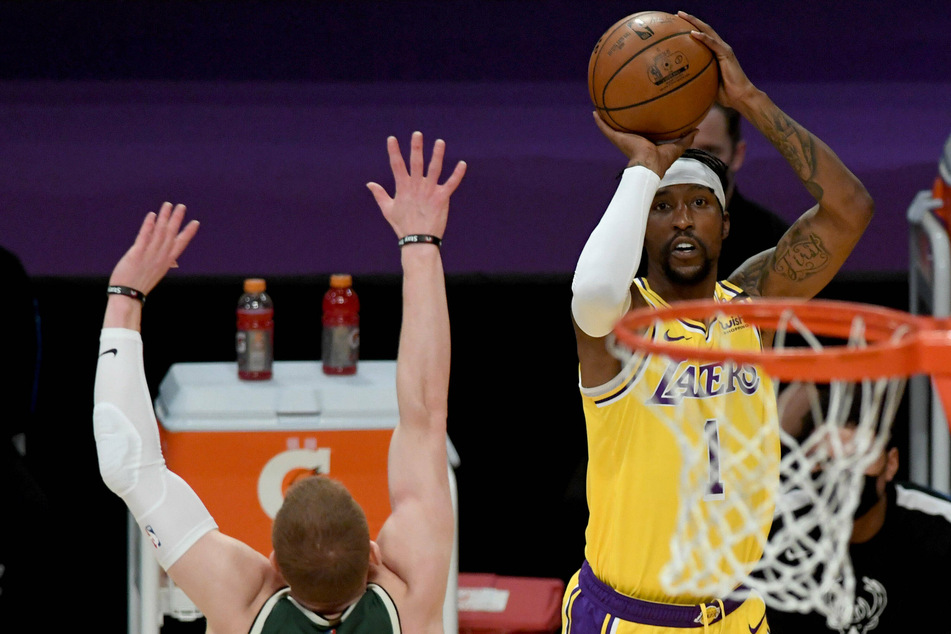 NBA: Depleted Lakers step up to the task and finish off the Jazz in overtime

The Lakers were still missing their big stars, but were able to handle the NBA's best in overtime.

Los Angeles, California - The Los Angeles Lakers can still play with the best of them, and the proved exactly that against the team with the NBA's best record, the Utah Jazz.

The Lakers needed overtime, but they got a big win at home against the Jazz. They were able to survive a late run from the Jazz which sent the game into overtime, whee it the ended 127-115.

LeBron James (36) and Anthony Davis are still sidelined, but the rest of the Lakers were ready, willing, and able to answer the call against the NBA's best. The Lakers were in control through much of the game, but the Jazz fought back in the fourth, outscoring the Lakers 28-16.

Utah was also missing a few key players as well. Mike Conley, Rudy Gobert, and Donovan Mitchell were all out with separate injuries. In their absence, Jordan Clarkson scored 27 points, added four assists, and pulled down five boards, to lead the team. Joe Ingles added 20 points and a game-high 14 assists for the Jazz.

These two teams are set for a rematch on Monday night, again in Los Angeles.

Bradley Beal's 37 points helped the Wizards beat the Pistons 121-100. And the Bulls snapped a five-game losing streak by beating the Cavaliers 106-96.

Jayson Tatum scored 44 points, despite Steph Curry's game-high 47, but the Celtics still held on to beat the Warriors 119-114. The Grizzlies blew up for a big win, overpowering the Bucks 128-115.

And out west, the Spurs cooled off the Suns, ending Phoenix's four-game winning streak 111-85.

On Sunday, the Nets are down in South Beach, to take on the Heat, and the Clippers are at home to face the Timberwolves.