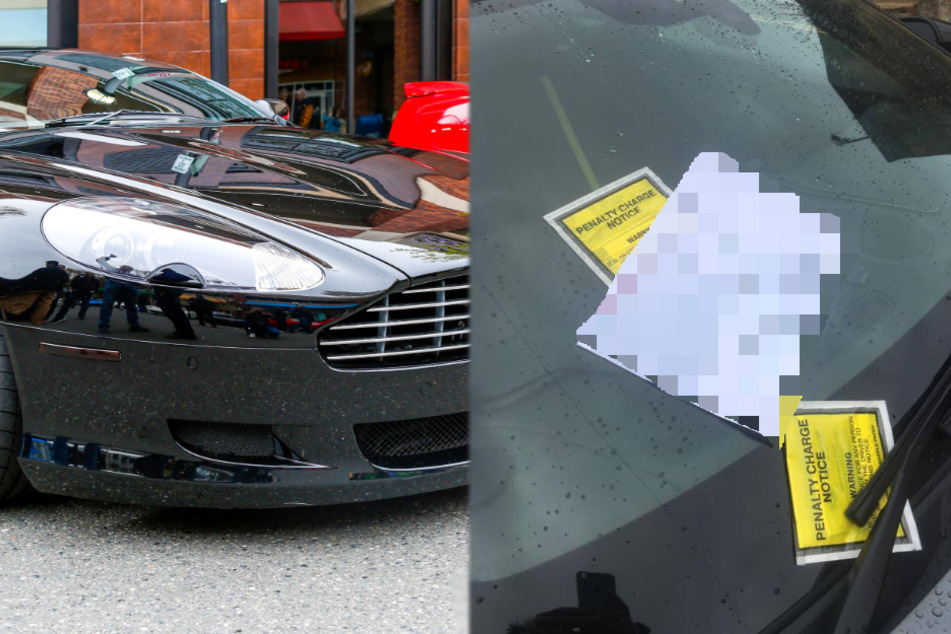 Residents annoyed by illegally parked Aston Martin take matters into their own hands
Oct 8, 2020  9:17 AM

After seeing a driver ignore ticket after ticket for his parking violations, the fed-up local residents expressed their feelings directly.

Whitby, UK - Day after day, local residents of a small English town watched the driver of an Aston Martin collect tickets for parking violations without a care in the world. The owner cheerfully removed the tickets as they piled up and left his car in the no-parking zone.

According to Teesside Live, the man had arrived in Whitby on Friday evening and appeared to spend the weekend.

A local resident spoke to the news site and said that the driver got his first ticket on Friday and then a second on Saturday.

But he apparently just ignored the fines and didn't budge his expensive vehicle a single inch. According to the witness, a third and fourth ticket followed on Sunday.

That was the last straw for the annoyed locals, who took matters into their own hands and added a personal note to the growing number of tickets on the windshield.

The passive-aggressive message said, "I'm so rich I park where I want to", with a typically British insult tagged on at the end: "I am also a knob!" The put-down actually seemed to work and the resident reported that the culprit "got in his car and drove away."

But the victory turned out to be short-lived. The Aston Martin simply moved to another no-parking zone, this time right outside the local resident's home.

There was at least the satisfaction of the salty note, which Facebook user Marian Haste snapped a photo of and later posted on the "Beckett's coffee shop, Whitby UK" group.

One response from the comments section suggested a possible solution to this kind of behavior: "I've always said that parking and other traffic fines should be determined by either the value of the vehicle or as a percentage of the offender's salary."

Given that an Aston Martin can cost up to $200,000, that might have made the driver a bit more responsive to the tickets, not just the sarcastic note.