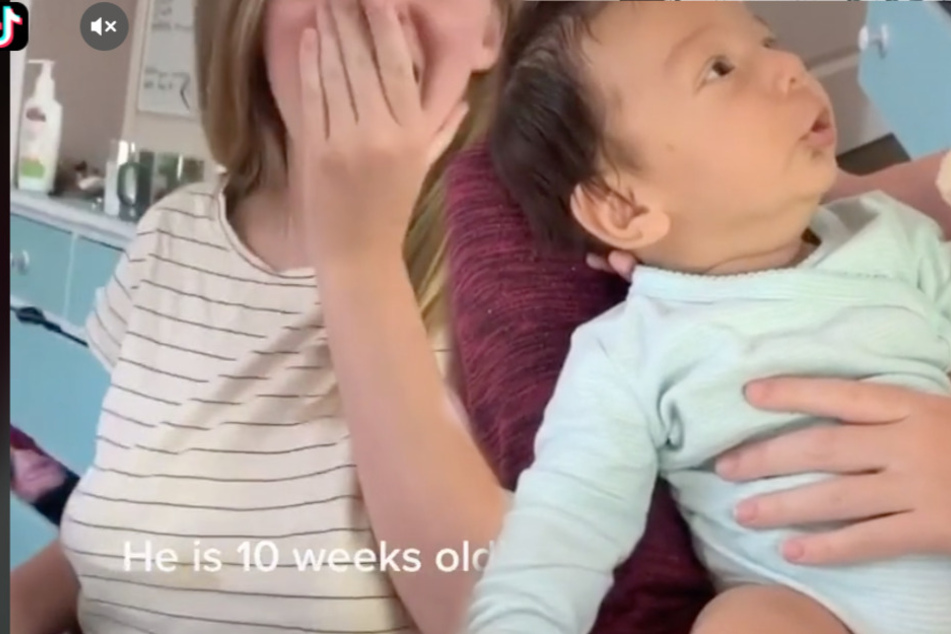 Baby breaks the internet: mum talks to her 10-week-old son and he answers!

Kesia Cameron's son Roan is a huge star on TikTok and at the age of just ten weeks, he babbles the words ''I love you" to his mother.

New York, New York - Grab on to something, because the sweetness levels are about to go into overdrive. Lying in the arms of his mother Kesia Cameron, the little rugrat Roan, only ten weeks old, babbles a sentence spoken by his mom.

In the following four months, fragmented sounds build up to a vocabulary of about 50 words.

Little Roan is only two and a half months old and apparently has no time to waste. At ten weeks old, he's already babbling his first sentence.

And as if that wasn't sweet enough, it's not just any sentence: "I love you". Aww!

In the arms of his proud mommy, little Roan is just looking around, trying to absorb everything and obviously feeling comfy.

When his mom says the three magic words, he repeats them! And surprisingly, it's more than intelligible! Kesia is quite understandably beside herself.

Video of Roan already has over a million views on TikTok

Sure, some might say it's just a fluke, albeit a golden one. And he's certainly not going to be doing that every day for the next few weeks. Still, it's amazing how well he seems to be communicating with his mom already.

Fluke or not, it took just hours for little Roan to become a certified internet star.

Mom Kesia's video has already been shared thousands of times and now has more than 1.1 million views on the TikTok profile of proud grandmother Lara Skadsen.

It'll be exciting to see if little Roan continues to delight his family with more sweet surprises in the future.