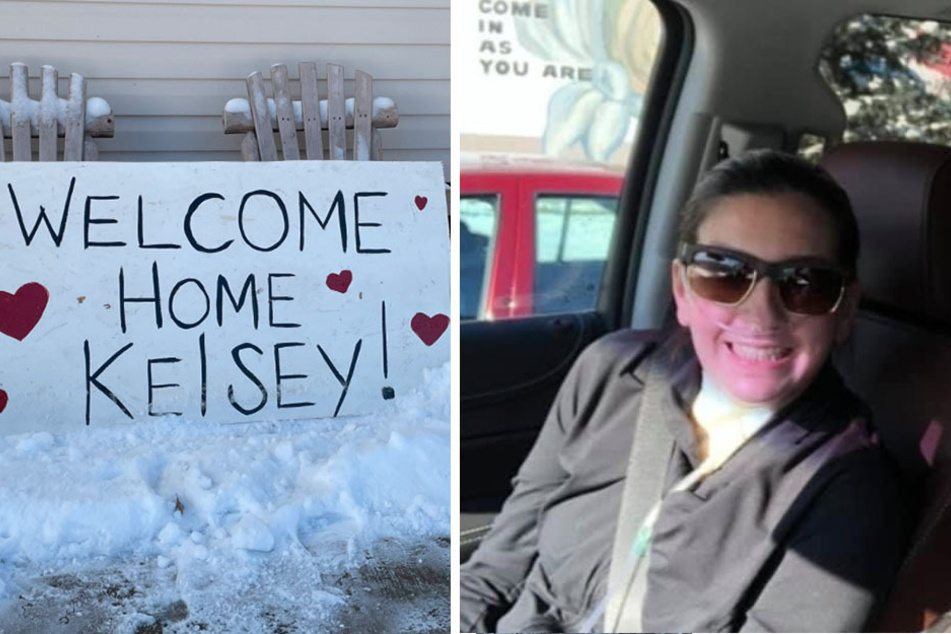 A Wisconsin woman is meeting her baby for the first time after delivering on life support.

Madison, Wisconsin - A woman who delivered a baby while in a medically-induced coma met her infant daughter for the first time after being released from the hospital two months later.

After battling Covid-19 for over three months, Kelsey Townsend was released from University Hospital in Madison, WI, going home to meet her infant baby for the very first time.

While she was hooked up on two different life support machines, a ventilator and an extracorporeal membrane oxygenation machine (ECMO), Townsend delivered her baby girl through a C-section on November 4. At the time, she was in a medically-induced coma.

Townsend was diagnosed with Covid-19 in October while nearly nine months pregnant. Soon after the diagnosis, she was placed into the coma as her conditions quickly worsened.

At one point, doctors at University Hospital thought she'd need a double lung transplant, but days after placing her on the transplant waiting list.

Daniel McCarthy, director of the ECMO program at University Hospital wasn't sure how they were going to treat Townsend, saying "early on, it was unclear whether we were going to be able to support her through it. Ultimately, there was a lot of uncertainty around what was the best way to get her safely out of the hospital and home."

Soon after she was placed on the transplant list, a press release from UW Health said that Townsend's condition began to "improve significantly." She was moved out of the intensive care unit weeks prior to her release from University Hospital on January 27.

In a video released by UW Health, Townsend's husband, Derek Townsend, recounted his admiration for and praise of those at University Hospital, "the nurses, the doctors, and the staff here at UW is the best in the world. They did an absolutely amazing job."

Since she delivered her daughter while in a medically-induced coma, Townsend had yet to meet her until the day she was discharged from the hospital, making it for a homecoming reunion to remember.